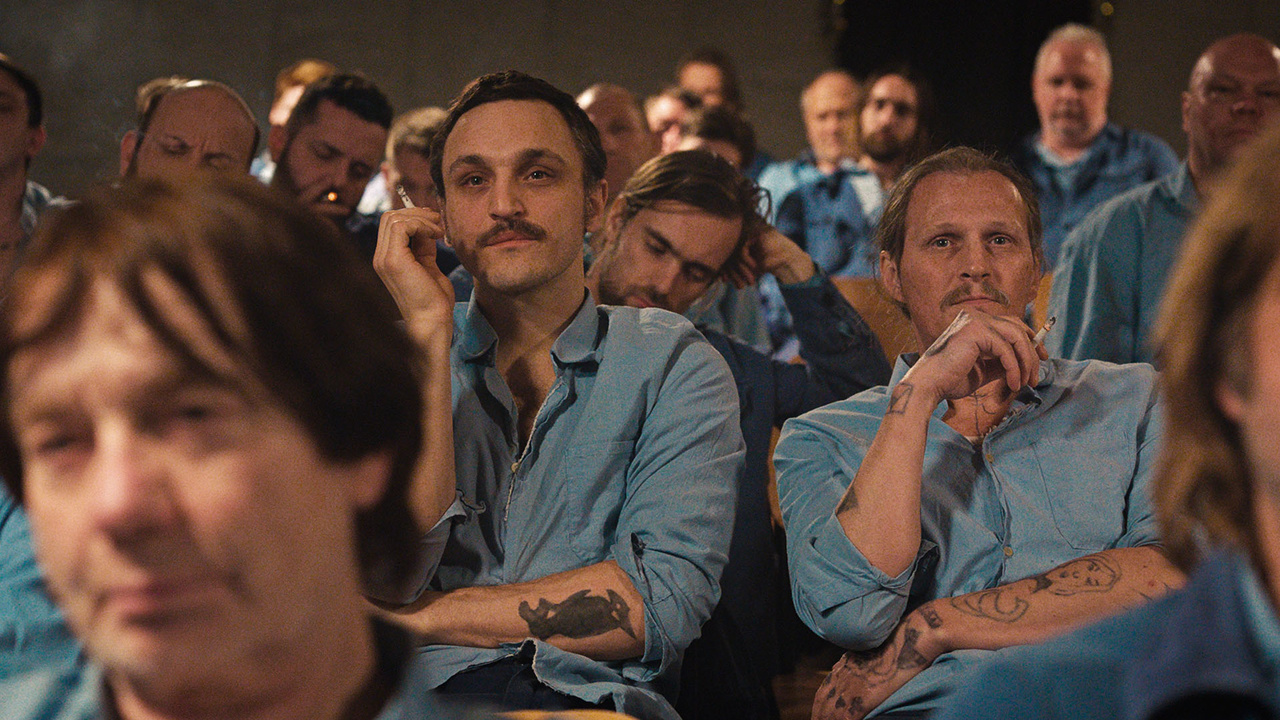 The Austrian director Sabastian Meise first made a splash in the indie film scene with his 2011 debut feature “Still Life.” After following that film with his documentary “Outing” the next year, the director has seemingly disappeared. Aside from a random credit as the assistant editor in 2014’s “High Performance” and a few short films made prior to “Still Life,” Meise’s IMDb page is empty. Ten years after his lauded debut, Meise has returned to the director’s chair with “Great Freedom.”

“Great Freedom” tells a story of persecution in Germany following the Second World War. The main character Hans Hoffman is a gay man who survived the horrors of Nazi concentration camps. His life didn’t become easier after the war, as he was immediately arrested and thrown into a German jail because of his sexuality. The film establishes Hoffman’s cyclical relationship with the inside of a jail cell, as he is released after a few years but then ends up being arrested again for being gay. “Great Freedom” shows Hoffman during three different sentences he served in jail: the first being in the late 1940s; the second in the mid-50s and the third in 1969.

The film doesn’t flow through these three different periods of time in a chronological fashion. Instead, it intertwines the three of them and weaves together one complex narrative that shows how attitudes toward gay men changed over these three decades and, more painfully, how they stayed the same. Hoffman is a resilient character that refuses to adhere to the world’s hatred of him. He chooses to live his life in a way that will bring him the most joy and love. As a result, he is assaulted, jailed and psychologically tormented by almost everyone around him.

Hoffman is played in “Great Freedom” by the incredibly underappreciated German actor Franz Rogowski, who has built a solid filmography through his work in Christian Petzold’s “Transit” and Terrance Malick’s “A Hidden Life.” Rogowski has already given several Oscar-worthy performances in the past, and his work in “Great Freedom” is some of his most compelling and emotional to date.

He brings Hoffman to life by focusing on the subtleties of the character. It’s a subdued performance with Rogowski communicating more through his eyes and body language rather than his words. Rogowski lives up to his “powerhouse” acting reputation in this performance.

The supporting cast of “Great Freedom” also adds a lot to the film. Georg Friedrich plays another prisoner named Viktor whom Hoffman forms an uneasy relationship with throughout his days in jail. Viktor is as complex a character as Hoffman, and the arc his character has throughout is one of the most gripping aspects of the film. Friedrich embodies the physicality of this aggressive and angry man with perfection, but he’s able to tone it down for his character’s more personal scenes. He played off Rogowski well and brought his own sense of identity to Viktor which made the character more interesting.

Beyond the story and performances of “Great Freedom,” the movie excels in the technical aspects of filmmaking. The cinematography from Crystel Fournier adds to the cold and isolated environment of the film. Some of her most striking sequences come with Hoffman being thrown into solitary confinement. A dim light of a single match illuminates the character and makes for an outstanding visual representation of his mental state. The sound design and mixing are also worth praise, many of these isolation sequences are in total darkness with only the sound of Hoffman breathing and shuffling around the cell to tell the audience what’s happening.

On top of that, the minimalist musical score from Peter Brötzmann and Nils Petter Molvaer helped to build the overall atmosphere of the film. The music kicks in on occasion, usually as a quiet solo brass motif. However, the apprehension used in this score does wonders for the film. It accentuates the cold loneliness of Hoffman’s life while occasionally providing glimmers of hope in his darkest moments.

“Great Freedom” is a powerful and stirring tale of prosecution. There have been a lot of films about the struggles of queer people over the years, and “Great Freedom” is able to stand out because of its storytelling techniques and refusal to pull any punches. It’s often heartbreaking and hard to watch, but the result is that “Great Freedom” is a film that will stick with you long after the credits roll. -30-