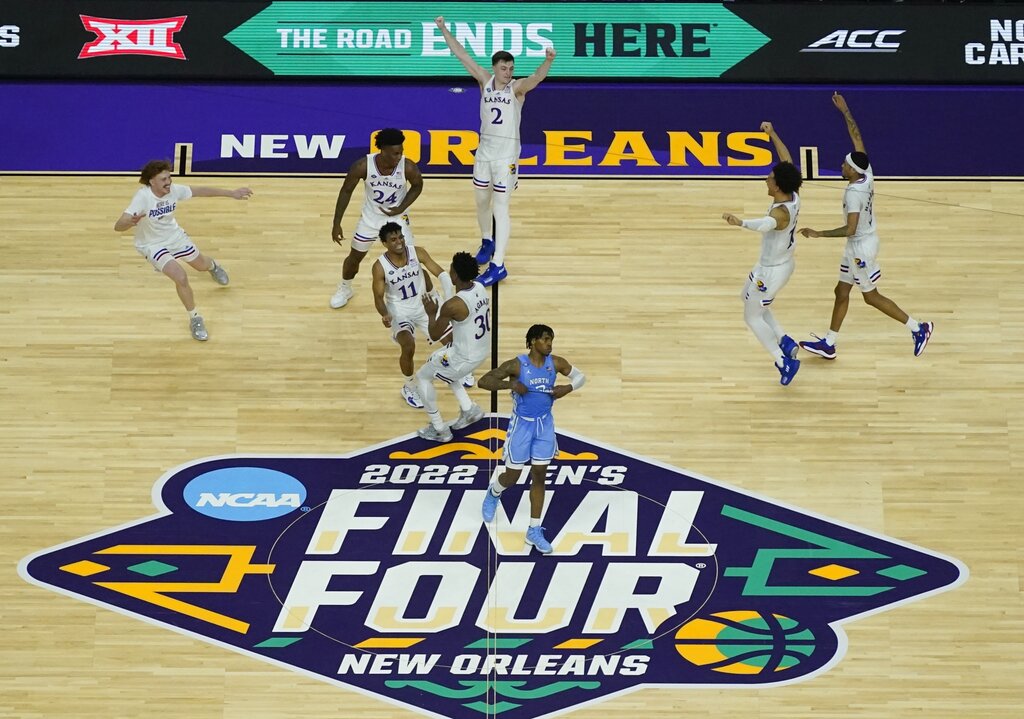 The Jayhawks' 72-69 win averaged 18.1 million viewers on TBS, TNT and truTV. It is also a 4% increase over last year's title game between Baylor and Gonzaga on CBS. This was the third time the championship game was on Turner networks, but first since 2018. They were supposed to have the 2020 final, but the tournament was cancelled due to the coronavirus pandemic.

The entire tournament on CBS and Turner averaged 10.7 million viewers, a 13% increase over last year.

Kansas' 16-point rally, which was the biggest comeback in championship game history, was also the third most-watched college basketball game in cable TV history. Saturday's semifinal matchup between North Carolina and Duke, averaged 18.5 million, ranks second. The 2015 semifinal between Wisconsin and Kentucky — also on Turner — is No. 1 (22.63 million).