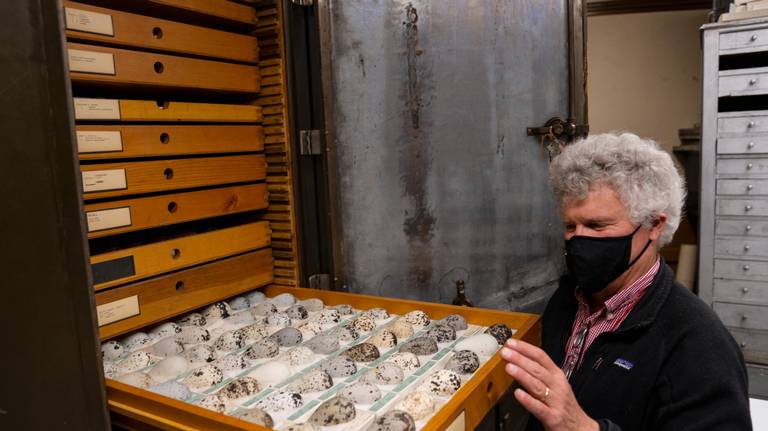 Many species of birds are nesting and laying eggs nearly a month earlier than they did 100 years ago in the Chicago area and researchers believe climate change is behind it.

Those were among the findings in a new study published in the Journal of Animal Ecology. Researchers compared recent observations with century-old eggs preserved in museum collections.

“We learned that birds in the Chicago region, at least some species, are nesting as much as 25 days earlier now than they were back in the early 1900s and late 1800s,” said John Bates, curator of birds at Chicago's Field Museum and the study’s lead author. “This study was designed to basically look at whether or not bird species in the northeastern part of Illinois were changing their egg-laying dates over time.”

The museum has 50,000 to 60,000 eggs in its collection dating from the 1870s to the 1920s. The collection includes information about the eggs. The Field's collection, like most, drops off after the 1920s, when egg-collecting went out of fashion for hobbyists and scientists.

The findings were consistent with other things going on in the environment because of climate change, Bates said.

“Insect numbers have been shown to be declining, too, although again, it’s hard to have good data on what each species of insect is doing," he said. "And insects, in turn, are responding to plant leaf out, and so that’s also something that’s moving forward in time.”

Besides serving as a warning about climate change, the study highlights the importance of museums' egg collections, which are often underutilized.

“There are 5 million eggs out there in collections worldwide, and yet, there are very few publications using museum collections of eggs,” Bates said. “They’re a treasure trove of data about the past, and they can help us answer important questions about our world today.”