Possession is the Law for Husker Special teams 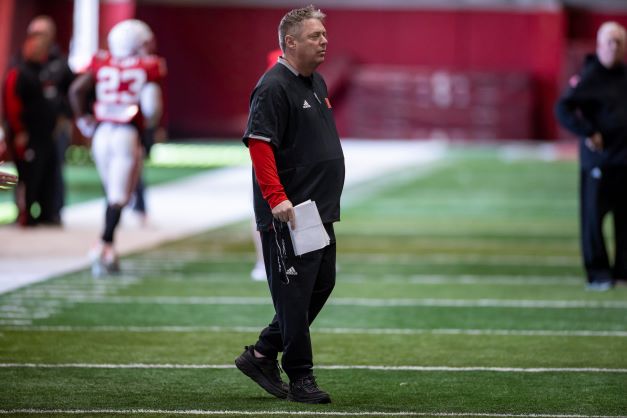 Special team’s Coordinator Bill Busch is continuing to overhaul the Nebraska kicking game this spring, recently sharing how that process has begun to show results. From Bush’s perspective, when you’re on special teams you must be ready for anything, including the weather which Nebraska has battled throughout March and early April.

"I have learned from golfers, if you get a rainy day, you go out there and play,” Busch said. “Today, we had moisture and we had really high winds. It was probably a little bit harder on them because we did it on the practice field so there is no stadium … Every opportunity we get with weather, we are always going to use it. Guys handled it really well. They were excited about doing it, so we got good work with it."

Along with overcoming obstacles like the weather, Busch wants to see his players develop a unique urgency that special teams requires. He wholeheartedly believes that this approach will generate more confidence and more success.

"For those guys, it is fourth down every time," he says. "They only play on fourth downs. That is a dicey situation and there is not a lot of do-overs. If you throw an incomplete pass on 2nd-and-10, it’s just 3rd-and-10. You still have chance, but in special teams, you do not get a double down, so everything is a fourth down. I put a 4th-and-1 mentality in them every day."

If Nebraska fans and players truly want to see a resurgence on special teams in 2022, Bill Bush says that learning to value the football more will be necessary.

"I tell them after every punt return or every kickoff return there is going to be two signals by the referee," Busch said. "It is either going to be touchdown Nebraska or first down Nebraska. That is, it. We are going to possess the ball and that is the number one thing we have to have happen before we even worry about returns. Possess the ball. If we have the ball, we can score. If we do not have the ball, we cannot. We talk about that real heavily."

For Nebraska special-teams coordinator Bill Busch, possession is the law. -30-