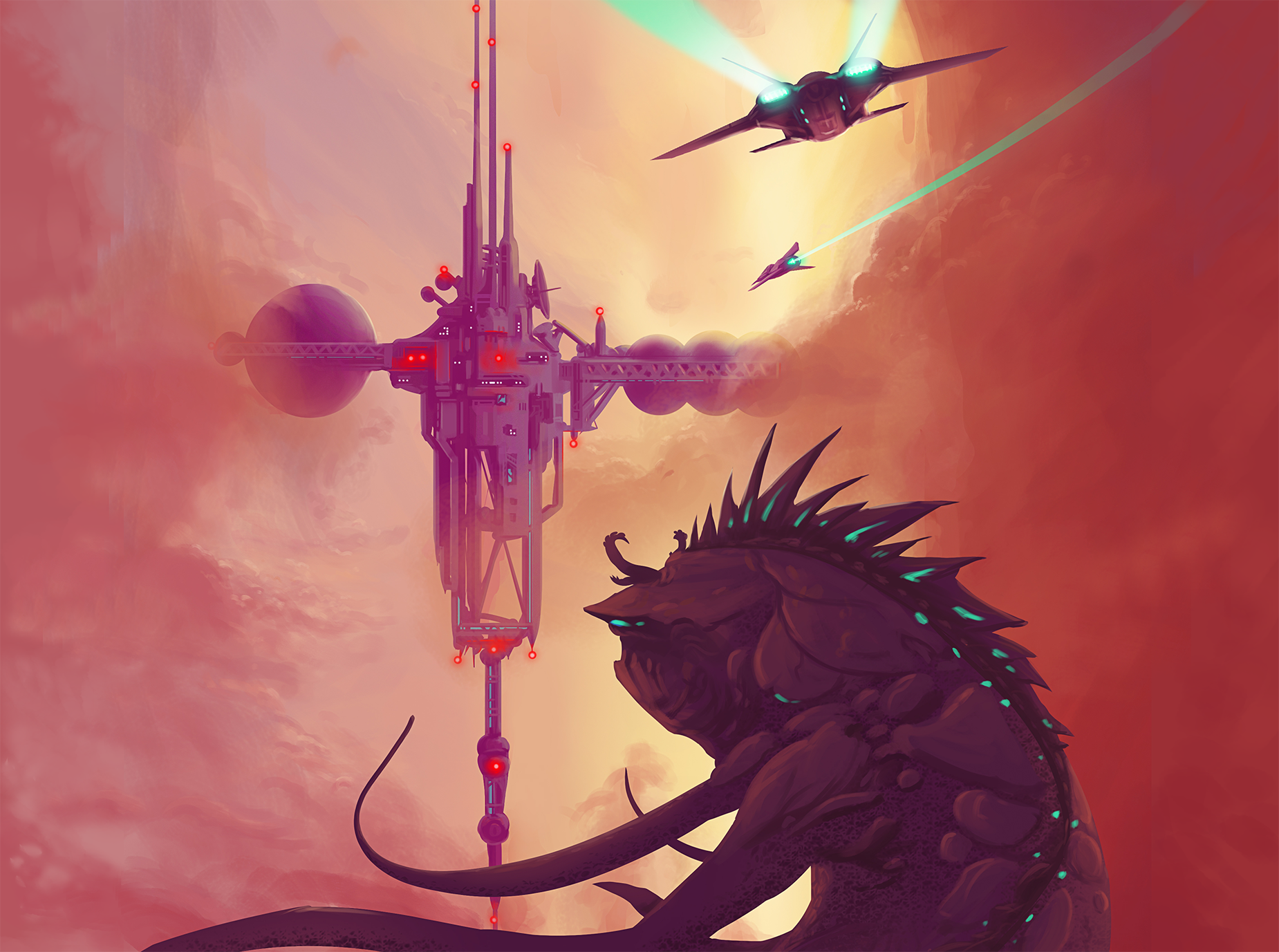 Nick Jizba from Omaha, NE has won the Illustrators of the Future contest, run by Galaxy Press, and will be honored at an award ceremony in Hollywood on Friday. Jizba’s art will be published in L. Ron Hubbard Presents Writers of the Future Volume 38.

Funded by Ron Hubbard’s estate, this is the contest's 34th year. It includes both an illustrator and a writer contest. For the illustrators’ contest, there are three winners each quarter who receive $500 each and at the end of the year a grand prize winner is awarded an additional $5,000.

Jizba is one of the quarterly winners. The grand prize winner will be announced at their award ceremony. The event will be livestreamed on the Writers of The Future website.

Jizba is a digital Illustrator who paints in Photoshop. He livestreams the creation of his art on Twitch.

“It justifies all the work I've put in for no reward for the past eight years,” Jizba said.

Winning means a lot to him. He said most of an artist's work happens where no one sees it and even when you're done, getting recognition is a challenge.

Jizba is working on his own book, The Sower. He said it will be a collection of about 40 illustrations of midwest landscapes being attacked by Eldritch Beasts. Having lived in Nebraska since he was three, he wants to highlight the beautiful scenery the state has to offer but is rarely seen.

Jizba has always enjoyed drawing but did not pursue it as a career until losing a construction job during the 2008 recession. He then took a risk and went to college for game design with a focus on 3D design.

In school he discovered his love for illustrations. For school projects he was the one in the group who drew the concept art and after graduating and struggling to find a job in the gaming industry, he decided to pursue his art career.

John Goodwin, the president of Galaxy Press, said that they have received submissions from 175 countries. Each quarter, there are thousands of submissions.

This year, Goodwin said there were winners from Spain, China, The United Kingdom, South Africa, and Iran.

The competition is for fantasy and sci-fi illustrations. Forty professional artists form the panel, including renowned fantasy artists Bob Eggleton and the original Dungeons and Dragons artist, Larry Elmore.

Along with the prize money, winners spend the week before the ceremony taking part in workshops with the judges on how to further their art careers. The judges tell their story and how they overcame struggles as an artist.

As his own biggest critic, Jizba said he's the worst person to ask about his chances at winning the grand prize, but is hopeful he'll take it home.

Digital copies of Volume 28 will be available for purchase on Friday. Due to paper shortage from COVID, physical books won't be available for another three months, but can be preordered. -30-