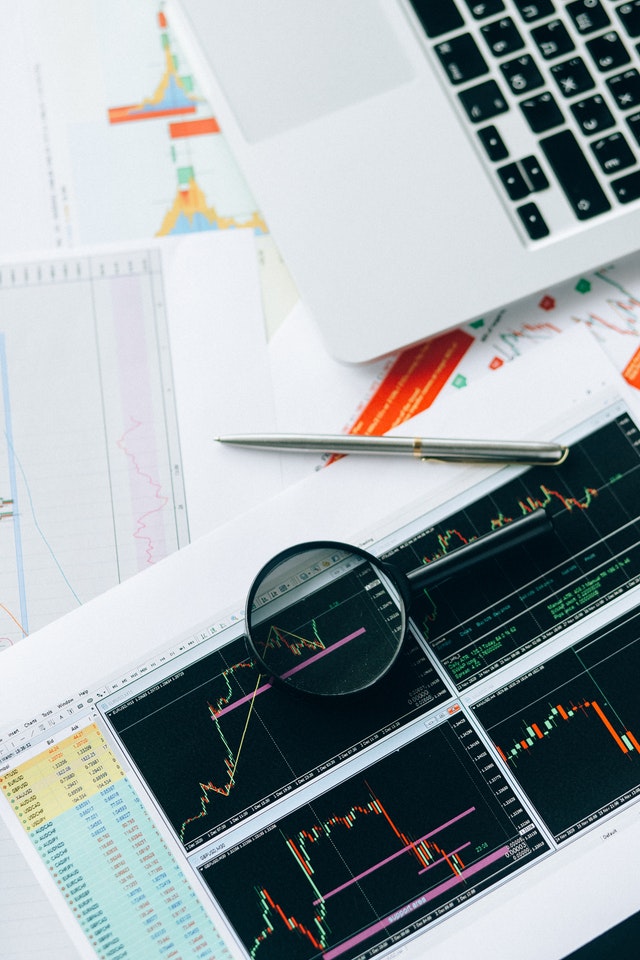 Stocks closed lower on Wall Street Tuesday and bond yields jumped as remarks by a Federal Reserve governor fueled expectations on Wall Street that the central bank is prepared to more aggressively raise interest rates and take other steps in a bid to tame surging inflation. The S&P 500 fell 1.3%, its first loss in three days. Weakness in big technology stocks weighed down the market most. Twitter rose after disclosing an arrangement with Tesla chief Elon Musk that will give him a board seat but also limit how much of the company he can buy while he's a director.

THIS IS A BREAKING NEWS UPDATE. AP's earlier story follows below.

Stocks fell in afternoon trading Tuesday and bond yields jumped as remarks by a Federal Reserve governor fueled expectations on Wall Street that the central bank is prepared to more aggressively raise interest rates and take other steps in a bid to tame surging inflation.

The selling put the S&P 500 on pace for its first loss in three days. The benchmark index notched three straight weekly gains coming into this week. That recent market strength may be giving the Fed the leeway to raise interest rates more aggressively, said Zach Hill, head of portfolio management at Horizon Investments.

"Against that backdrop, things have obviously changed and the Fed is willing to ratchet up their hawkishness a bit," Hill said.

Weakness from big technology stocks weighed down the broader market. Companies in the sector, with their pricey valuations, tend to push the market higher or lower more forcefully. Chipmaker Qualcomm fell 5.2%.

Twitter rose another 2.2% after disclosing an arrangement with Tesla chief Elon Musk that will give him a board seat but also limit how much of the company he can buy while he's a director. The company disclosed a day earlier that the mercurial billionaire and Twitter critic had become the company's largest shareholder.

Treasury yields jumped again as investors brace for more aggressive moves by the Fed to rein in the hottest inflation in 40 years. Fed Governor Lael Brainard said in a speech that it's "of paramount importance" and that the central bank is set to keep raising short-term interest rates following its March hike, which was its first increase since 2018.

Traders are pricing in a nearly 78% probability the Fed will raise its key overnight rate by half a percentage point at its next meeting in May. That's double the usual amount and something the Fed hasn't done since 2000. That helped the yield on the two-year Treasury jump to 2.51% from 2.46%, its highest level since March 2019.

Brainard said the Fed would also soon throw into reverse the massive bond-buying program it engineered through the pandemic to keep longer-term rates low. She said the Fed could decide to roll some bonds off its balance sheet as soon as its May meeting, and "at a rapid pace."

Following the remarks, the 10-year Treasury yield jumped to 2.54% from 2.46% before Brainard's speech, its highest level since April 2019.

Higher interest rates tend to most hurt stocks that are seen as the priciest, which puts the focus on big technology and other high-growth stocks. Apple and Tesla were some of the biggest weights on the market.

Wall Street is watching closely for any clues as to how sharply interest rates will rise as inflation persists. More details will be gleaned Wednesday when the Fed releases minutes from its March interest rate meeting.

Russia's war in Ukraine remains a key focus for Wall Street as the potential for stricter economic sanctions increase. The European Union's executive branch has proposed a ban on coal imports from Russia in what would be the first sanctions targeting the country's lucrative energy industry over its war in Ukraine.

The Treasury Department will not allow any Russian government debt payments from accounts at U.S. financial institutions to be made in U.S. dollars, restricting one of the strategies President Vladimir Putin is employing to stave off default.

Wall Street is preparing for the next round of corporate earnings reports in the coming weeks. The results could give a clearer picture of how companies are dealing with the impact from rising inflation.