Treasury Bars Russia Payments in Dollars from US Accounts 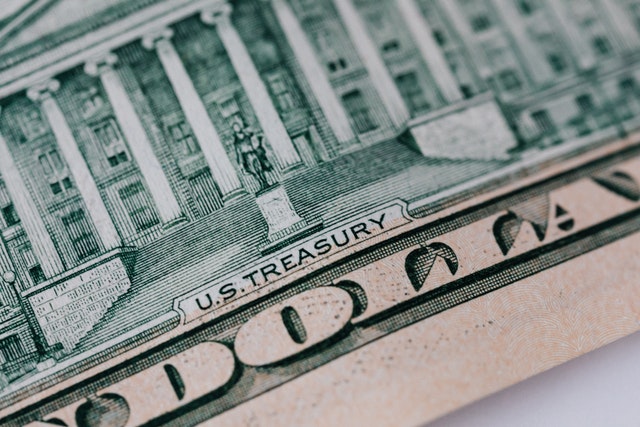 The Treasury Department is moving to keep the Russian government from making debt payments at U.S. banks with U.S. dollars, restricting one of the strategies President Vladimir Putin is using to stave off default, an agency official said Tuesday.

Russia faces several April deadlines to make debt payments. The Kremlin must now choose between draining its remaining valuable dollar reserves, using new revenue coming in or default, said the official, who spoke on the condition of anonymity because the official wasn't authorized to speak on the record.

The Treasury decision comes after the agency previously said sanctions levied on Russia over its invasion of Ukraine still permit Russia to continue to make debt payments. The debt is owed to foreign investors, among others, and comes from government investments to presumably spur economic growth in Russia.

Russia is currently facing skyrocketing inflation, shortages in essential goods and disrupted trade with the rest of the world as it continues its invasion of Ukraine.

While the ruble has bounced back from the fall it took after the U.S. and European allies moved to bury the Russian economy, Putin has resorted to extreme financial measures to blunt the West's penalties and inflate his currency.

Western sanctions from the war have placed severe restrictions on banks and their financial transactions with Russia, and also have frozen much of the government's reserves of foreign currency.

The West has cut key Russian banks out of a financial messaging system known as SWIFT, which is used every day to route billions of dollars among more than 11,000 banks and other financial institutions around the world. Sanctions have been issued on Russian leadership, oligarchs, trade and natural resources, and the country's central bank.

The U.S., EU and United Kingdom have limited the ability of Russia's central bank to draw on more than $600 billion in foreign currency reserves and have frozen its gold reserves. That has left the central bank with few tools to prop up the ruble and prevent it from crumbling in value.

The decision to limit bond payments will further deplete the resources Putin is using to continue his war against Ukraine and will cause more uncertainty and challenges for Russia's financial system, the Treasury official said.

Darshak Dholakia, a trade and government regulations attorney in Washington, said now that Treasury has restricted access to these funds, "it seems like the calculus has changed."

He said the U.S. is finding ways to ensure that Russia has less money to buy weapons by reducing its access to funds to pay for its bond obligations.

"The U.S. has not put full blocking measures on the central bank yet," he said. "They're saying that Russia can't touch those funds unless it's for an authorized purpose."

Once a country defaults, it can be cut off from bond-market borrowing until the default is sorted out and investors regain confidence in the government's ability and willingness to pay. Additionally, holders of the bonds could take serious losses and can sue.

Russia's government can still borrow rubles at home, where it mostly relies on Russian banks to buy its bonds.