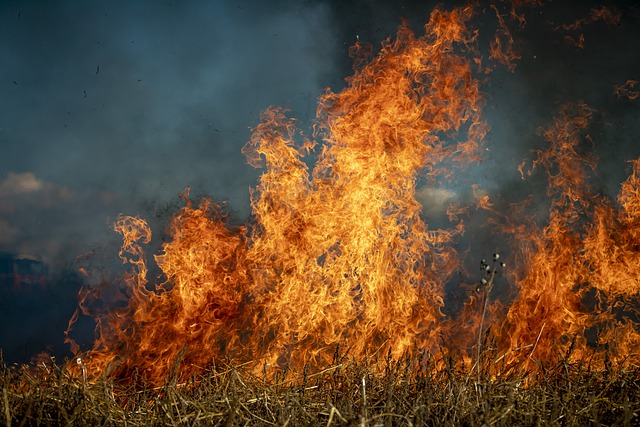 A wildfire in southern Nebraska fueled by dry conditions and strong winds forced the evacuation of the small village of Edison, and officials reported a volunteer responder died in a crash on the way to fight the blaze.

The Nebraska State Patrol called for a mandatory evacuation Thursday night of the Furnas County community of about 130 people about 187 miles (301 kilometers) southwest of Lincoln. That order was later extended to rural residents around Edison and near the small town of Stamford, across the county line in Harlan County. Several schools in the area canceled classes Friday.

The Furnas County coroner confirmed that a volunteer firefighter died and another was hospitalized with critical injuries when an emergency vehicle collided with another vehicle near the Furnas and Gosper county line late Thursday afternoon, radio station KRVN reported.

At least 27 emergency departments were actively fighting the blaze Thursday night, NTV reported. Gosper County Emergency Manager Roger Powell told KLKN of Lincoln that the fire was about 6 miles long (10 kilometers) and 1 mile (1.6 kilometers) wide by midafternoon Thursday, but had grown in the hours following amid high winds, with gusts over 50 mph (80 kph) at times.

Critical fire weather conditions were forecast for Friday from the central Plains to the northwestern Gulf Coast, including parts of Texas and Louisiana, the National Weather Service said. Much of Nebraska and Kansas could see wind gusts of up to 35 mph (56 kph) coupled with low humidity.