Bryan Applewhite: Getting Better Every Day 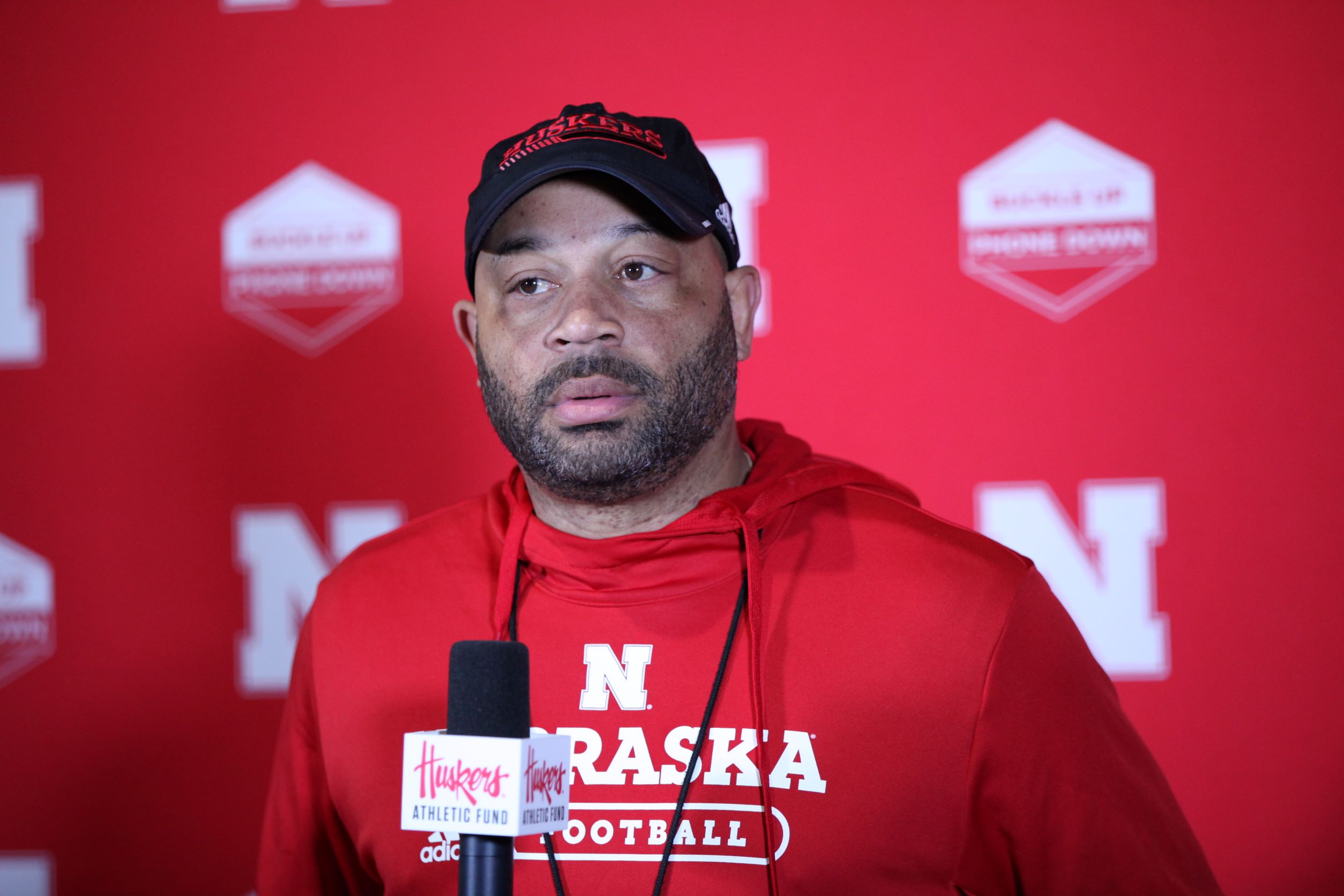 Throughout history, one of the cornerstones of football is a consistent running game. That is exactly the task Bryan Applewhite has been given for his first year as running backs coach at Nebraska.

In his previous 19 seasons as a running back coach, Applewhite has seen what types of numbers it takes to be a successful running team. For example, in two seasons with TCU in 2020 and 2021, Applewhite helped TCU rank in the top 30 nationally in rushing both seasons. TCU averaged 214.7 rushing yards per game in 2020 to rank 20th nationally and finished 30th in the country in 2021 at 196.3 yards per game. In 2020, TCU had three running backs top 100 yards in a single game, with true freshmen Zach Evans (7.7 yards per carry) and Kendre Miller (7.2 ypc), posting the second- and fifth-best yards per carry averages in Horned Frogs history.

As the Huskers begin the second half of spring practice, Applewhite is happy that his players are progressing on the field. However, there is still a long way to go before they reach their destination of helping Nebraska achieve victory on Saturdays in the fall.

The plan for success that Bryan Applewhite is looking for requires many ingredients to come together.

“I’m just pleased at least every day that I see in practice and on film that our intensity level, attention to detail and focus is getting better every day,” Applewhite said.

Bryan Applewhite is excited about the variety of running backs he has at his disposal in the running back room and is seeing the benefits of film study payoff.

“It’s a deep running back group,” Applewhite said. “It’s making each and every one of them better. We are a lot better today than we were from the very first practice. It’s good to have depth like that you can get a lot of guys reps and a lot of guys can show their teammates, not me they’ve put in the work. They’ve stepped up to the plate and they’re able to accept the challenge when they get into the game.”

Bryan Applewhite likes what he sees from junior-college transfer Anthony Grant, whom Applewhite says is adjusting well to all the new challenges at Nebraska in part because of his previous experience playing at Florida State.

“I’m never satisfied with what we do at practice,” Applewhite said. “We may have one good play, but can you have five good plays.”