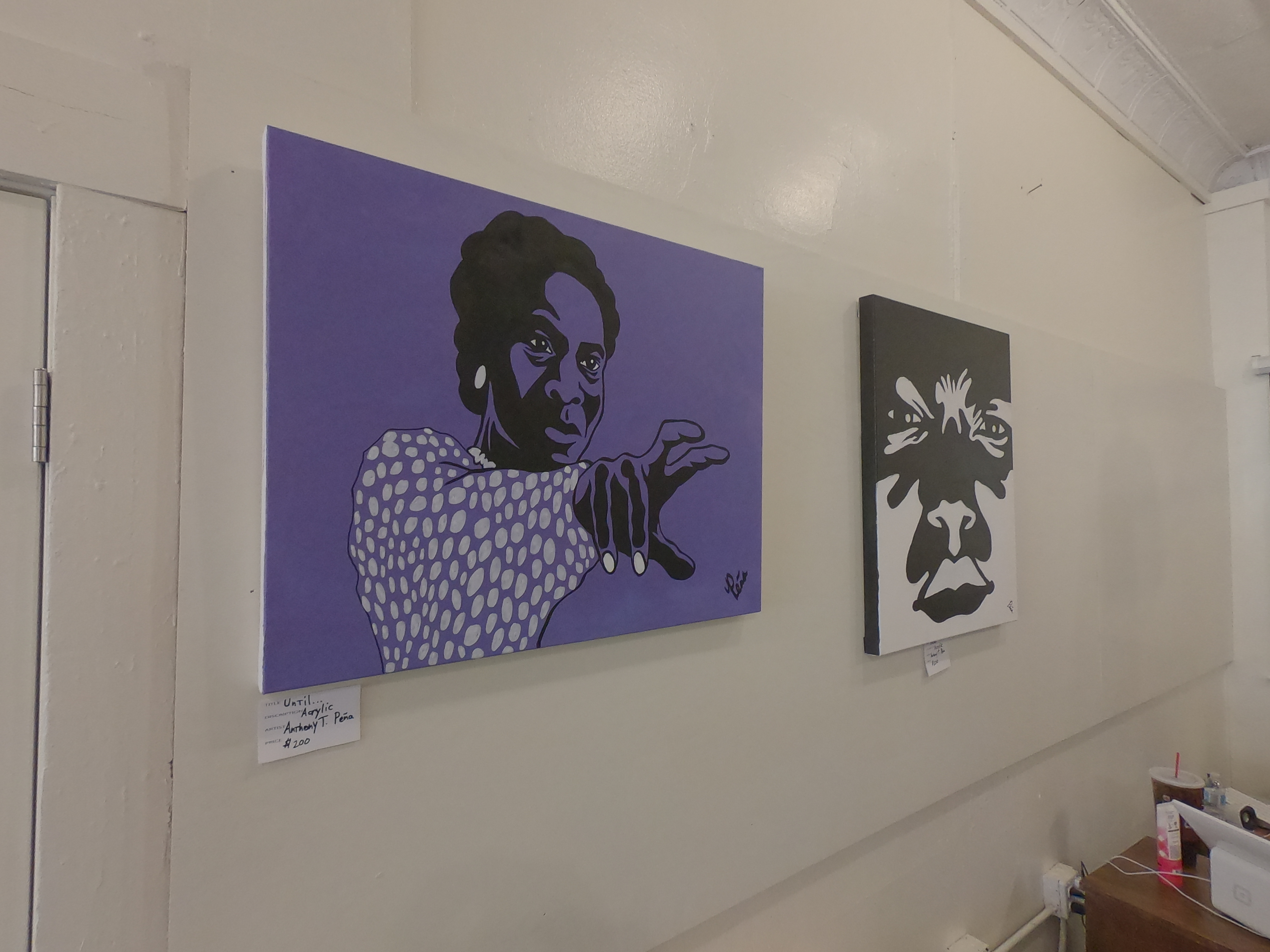 From woodworking, oil paintings and photography, Cali Commons is featuring artwork by emerging community artists for the next two weeks. Located on 518 N 40th St, the gallery opened its fifth art show since George Garrett III became the new director.

Garrett said that it's the best line up yet. In previous shows he had to put more of his art in the main room to fill the walls. This time he was able to keep his work in the side room and feature the emerging artists.

Telagio Baptista moved to Omaha a year and a half ago during the pandemic and due to restrictions struggled to get his art known in the community. He was grateful to have the opportunity and exposure from the show. His work exemplifies the beauty of watercolors.

His ability to define form and his control of edges invigorates his paintings to leap from the canvas. He said he likes to leave negative space surrounding his subject so they can breathe. He feels it brings the viewer into his work.

Baptista teaches art lessons and is open for commissions. He can be contacted at his website www.telagiobap.com.

Artist Anthony Pẽna mentioned the difficulty of finding galleries. While being a lifetime artist, he is two years into his art career. His main mediums are acrylic and digital art. He likes to express his ideals through his art. He simplifies light and shadow into two tones, creating interesting but easy to look at art. He goes by @1blackant on instagram.

Joel Cardella returned to Cali Commons for his second time. He is an acrylic painter that strategically places light in his paintings to have well illuminated backgrounds that contrast with the darker foreground objects. This creates captivatingly framed realism pieces. A highlight of his work from the show was a train barreling down its tracks with a sun set in the background.

Cardella has been painting for 2 years. He met Garrett after calling to get his work in the gallery. Cardella said Garrett has been a great help, not only giving him a gallery to display his work, but by helping him develop his painting skills as well. Cardella also creates music.

This was Crystal Rose’s first gallery. Her art is a unique blend of photography and watercolors. Being in a drug rehabilitation program her options were limited and the style emerged from problem solving.

Rose uses her photographs as the backbone of her works, but with the facility only having a black and white printer she had to get creative to add color. She settled on using watercolors.

Reece Garrett uses a unique blend of woodworking and paint to not only create an illusion of 3D but an actual 3D canvas. He came up with this after carving into a block of wood and wondering what it would look like painted. He said he's happy to have family support with his art career. Only 14, he said he can't wait to see how much he will improve in the next few years.

Kari Lewis and Zelle Ledesma, while not attending the show, both had brilliant work in the gallery. Ledesma had unique and skillful ink drawings that used a combination of short lines and dots to create realistic depictions of animals. Lewis is a skillful painter and has taught high school art for 25 years. She had both acrylics and watercolors on display.

A community member, Deirdre Evans, said that the art was fabulous. As a member of the Joslyn Castle Neighborhood Association, she was happy that Garrett took over the gallery instead of letting it close down. She said having a gallery makes the neighborhood more joyous. -30-