Cascio’s Steakhouse: Remodeling its Building, Not its Spirit 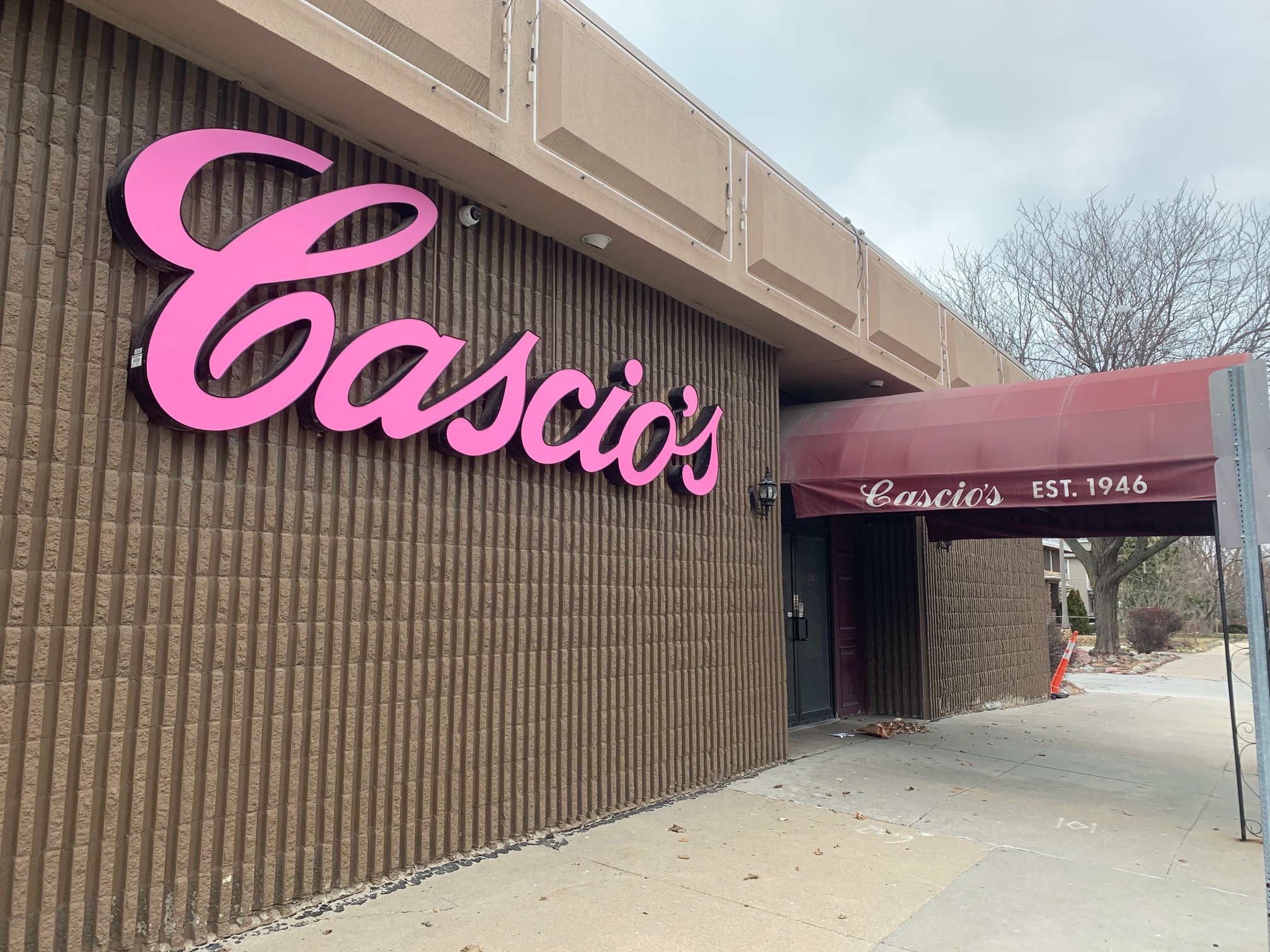 Cascio’s Steakhouse in Omaha, Nebraska is remodeling its building but not its spirit. While the structure may be changing, their culture of good food, family and friendship remain the same. They’re adding two large party rooms to bring more people together to create lasting memories.

Cascio’s Steakhouse opened on 10th Street in Omaha, Nebraska in 1946. Great Uncle Al – whom Alfie was named after – and Grandpa Joe opened the steakhouse after deciding to move their 13-year-old bar and grill across the street. The move changed their footprint and allowed them to turn up the heat.

For almost 80 years Cascio’s Steakhouse has served hand-cut steaks, chicken parmesan and a made-from-scratch menu to a loyal following. Their traditional sauce is simmered for eight hours in a 60-gallon kettle. That recipe is from 1946 and hasn’t changed. The only off-the-shelf item that calls their kitchen home is Dorothy Lynch Dressing.

Now under third generation family ownership, when people step through the doors, they still step back in time. While Cascio recently repainted and replaced the carpet, the restaurant remains the same as it did in 1946. The quieter atmosphere with dim lighting and rich-toned furniture welcomes conversation.

That atmosphere is one of the main reasons Dan Hauge, Senior Pastor at Grace Bible Church in Bellevue, Nebraska began dining there 20 years ago. At the time Hauge was a professor at Grace University right down the road. Halfway through his tenure, he began moving into pastoral ministries. With a heart for fellowship, Hauge found himself not only answering students’ questions but also counseling them.

Hauge would, on occasion, meet a student at Cascio’s Steakhouse to discuss the greater complexities of life. He found that the ability to share a meal in a private and quieter location allowed students the safety to share what was weighing on their hearts and still make it back in time for afternoon class.

“In a strange way, Cascio’s Steakhouse contributed to me having a bigger role in some of my students’ lives at Grace. I wanted them to feel they were important to me and Cascio’s Steakhouse made it easier for me to listen and talk with them about their problems,” said Hauge.

But the atmosphere wasn’t the only thing that spoke to Hauge’s heart. Over the years the staff got to know him. They welcomed him to their restaurant much like a family member would to their home. Hauge said, “Alfie is a friend. Him and his dad, Larry, knew that I taught at Grace and welcomed me to the restaurant by saying, ‘Rev! What’s going on?’”

Cascio fosters that same familiarity amongst his staff. He treats his people like family and they treat him like family in return. Laci Sheibal, Cascio’s Steakhouse House Manager, said, “I love working here, I really do. Working with a family-owned business I think it’s better than working with corporate. There’s a lot of friendships.”

That thread of mutual respect dates back to the Italian steakhouse heyday. While there was a good amount of competition, the steakhouses all got along with each other. Cascio said, “Nobody wants to see another restaurant go down, especially when it’s a family-owned business.”

When Anthony’s Steakhouse closed earlier this year, Cascio was surprised. He said, “I think he was just burned out. It was his time and I respect that.”

Italian steakhouses once dominated the Omaha restaurant lineup. Now only one of these staples from a bygone era remains in Omaha’s Little Italy. “At one time I want to say there were 14 Italian steakhouses and now there’s only me. It’s sad,” said Alfie Cascio, owner of Cascio’s Steakhouse.

The restaurant business can be grueling. It consists of long hours, working holidays and little time to build a foundation at home. Since Cascio assumed ownership of Cascio’s Steakhouse from his dad, Larry, in 2008, his wife Michelle has been one of his biggest supporters. That support is important now more than ever.

Prior to COVID, Cascio’s Steakhouse booked a lot of large parties. While day-to-day business has kept and continues to keep the restaurant afloat, Cascio makes his greatest profits from large parties. Party bookings haven’t returned to the same level post-COVID yet. But when Anthony’s Steakhouse decided to close, Cascio saw an opportunity. “Truthfully, when Tony Fucinaro decided to close it was like a bell rang in my brain saying, ‘You know what? We need to renovate these [party] rooms,’” said Cascio.

Cascio’s Steakhouse began a major renovation of its basement a month-and-a-half ago. Its projected completion date is August 1, 2022. The basement renovation will have full bathrooms, two bars, a kitchen and be ADA approved with handicap parking in the back. Two separate party rooms will hold 450 and 200 guests, respectively.

While the upstairs of the restaurant is a page out of 1946, the basement will jump nearly 80 years into the future with a 2022 industry feel. The open black-painted ceilings will help make the rooms feel larger. Cascio hopes that by investing in the space and giving it a more modern twist, he’ll be able to book even bigger parties like weddings. With the addition of these two basement party rooms in August, Cascio’s Steakhouse could potentially book five parties at a time. They already have three functioning party rooms upstairs.

The timing of this renovation couldn’t be better. Pine Elementary, across the street from Cascio’s Steakhouse, is projected to open in late May. Older homes are being renovated and permits are exploding in the area. Cascio sees kids running around outside and people walking their dogs, neither of which was commonplace ten years ago. “It’s turning into a nice little neighborhood here,” he said.

Hopefully, it’s just a matter of time before some of these new families discover the longstanding tradition of Little Italy’s last Italian steakhouse.  -30-