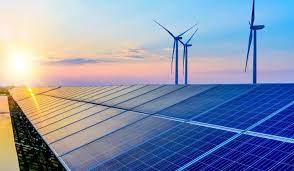 Nebraska is expanding its alternative energy through solar power, but it’s an effort in transition.

According to the U.S. Energy information Administration, Nebraska's Energy generation breakdown is 51% coal, 24% wind, 17% nuclear and 8% from hydroelectric and natural gas combined.

The city of Lincoln plans to build a 2,800-acre solar farm with predicted outputs upward of 250 megawatts. At that level it is expected to provide power to 30,000 homes. The solar farm is estimated to cost Lincoln more than $230 million without a return on investment expected until the end of 2024.

To better understand the fossil fuel vs. alternative energy debate, Thad Sauvain a chemist at Chevron, and Dale Leuck of Great Plains weighed in. Both men agreed that there is no feasible way to completely eliminate fossil fuels, but there is a long way to go on making the situation better.

One reason for this is that oil is used for plastics more commonly than for fuel. The oil used in plastics is refined petro-chemicals, and those chemicals are used in a vast array of products that are part of almost every facet of our lives. So, for the foreseeable future, fossil fuel will continue to be used in conjunction with alternative resources to address the enormous demand.

However, as America continues to move toward alternative energy and a lower carbon footprint, both Sauvain and Leuck agreed that it will all take time. Sauvain explained we are living in an energy transition era that may take decades to complete.

Energy transitions can be traced throughout history. An example would be the transition from wood burning stoves to natural gas heaters.

Sauvain elaborated, “Society has been going through energy transitions throughout history. Initially humans burned animal dung and wood to stay warm and provide light, then we transitioned into whale oil and eventually into petroleum and natural gas. This is just another energy transition we are going through towards a lower carbon future.”

However, Sauvain expressed concern over proposed “Green New Deal” legislation. Though well-meaning, it could cause economic distress from rising gas prices.  That kind of turmoil was demonstrated in France during the “Yellow Vest Protests” in November 2018 and persist to this day. The protests were sparked by French legislation increasing the price of fuel dramatically and causing intense economic distress throughout rural France.

Leuck added that the “Green New Deal” falls short one of the reasons being the speed for energy transition in the legislation. Further the legislation uses solar energy as a catch all solution it cannot be, for alternative energy has no one answer and must go through each site to find the best energy generator.

Electrical vehicles (EV) have been gaining much momentum in recent years both in technological advancements and practical use, Sauvain said. He noted that although they will increase the burden on energy grids, the cars and public will benefit from single point emissions and the ability to use alternative energy to reduce CO2 emissions. Leuck added that electric cars are being adopted in large numbers noting that nine of his previous solar installations revolved around electric vehicles.

Sauvain closed with two points on the future of energy. The first is that the future cannot exclude the use of carbon entirely, but it will gradually lower carbon use over time. The second issue is advancements in energy storage are mandatory if we are to forge a better way forward. Currently, batteries and splitting water into hydrogen and oxygen gas are standard practice, but they are inefficient and unsustainable.

Leuck elaborated the energy storage industry is growing and evolves everyday. Leuck added that the future of energy will lie in macro technology, with ideas such as paint that acts as solar panels. The future requires the world to find a better way.