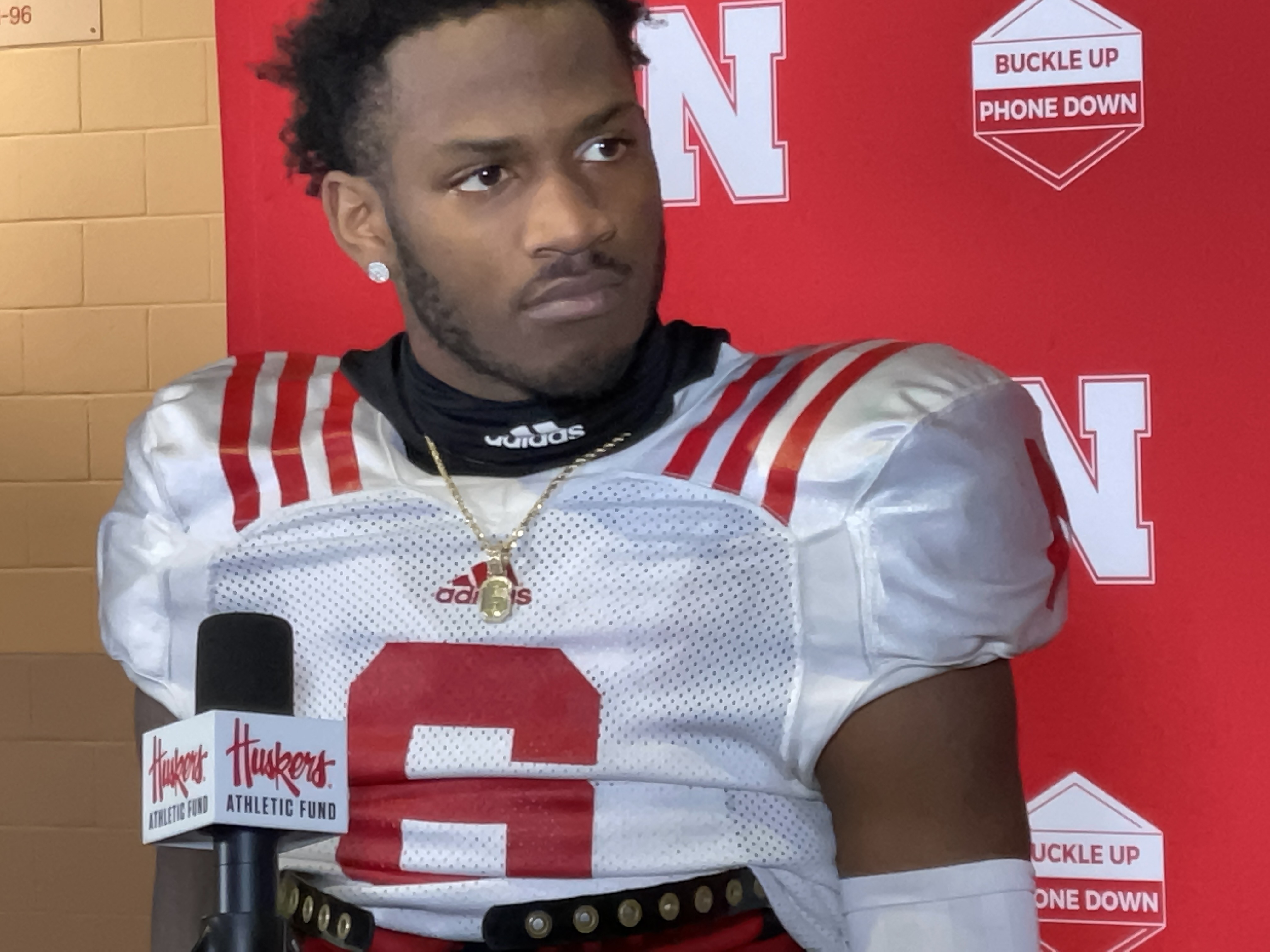 With the Nebraska football spring game this Saturday, it’s time for players to show what they can do. Who will separate themselves from the group? Who gained the most? Who grew the most?

“Braxton Clark and Tyreke Johnson are guys we haven’t talked a lot about and I’m hoping they will show me more of what they can do. I want to see what our new guys [transfers] and Marques Burford do in a live game even though Marques has done a lot this spring,” said Nebraska defensive backs coach Travis Fisher.

Johnson is a Jacksonville, FL native that transferred into the program from Ohio State last season, appearing in games against Fordham and Iowa.

Fisher spoke in extent about what he wants to see from Clark in Saturday’s game.

“I want to see him be a pro. He’s been with me the longest and was coached by the same guys who came out of here that are playing pro football now. He knows the same intel they do and now it’s time to see him apply it.”

Some of Fisher’s group have already shown him they have the mentality he’s looking for in the secondary.

“Tommi Hill, Marques Burford, Myles Farmer, Quinton Newsome and Deshon Singleton are guys who standout and have that dawg mentality I’ve been looking for out of the group this spring.”

He also stated he wants to see the group improve on tackling. He praised Newsome’s ability to lead the group.

“We always want to get better with tackling. Quinton [Newsome] is starting to turn into a pro. He’s always in his stance and knows exactly what he’s doing [on the field], and he’s going to be vocal. I can move him to safety in the spring game and never put him at cornerback again, and it wouldn’t phase him.”

The junior cornerback started all 12 games for Nebraska last season. He’s also the only returning starting in the secondary.

“My goal this spring was to perfect my craft and continue growing into the leadership role. My focus was making myself better and bringing along everyone else,” said Newsome.

He described his leadership style as one who leads by example but mentioned he’s also becoming a better vocal leader of the group. The vocal aspect is something coach Fisher wants to see more of along with other leadership qualities.

“I want to see him take over that room and hold guys accountable. I also want to see him spend more time in the weight room this summer to give us more in the run game. That’s very important for me,” said Fisher.

Newsome is listed at 185 pounds, but Fisher isn’t concerned about his weight. He wants  Newsome to put on a little more muscle.

“It’s not so much about the weight, 195-200 pounds is a big cornerback. You must have the strength to play in this league to get guys to the ground. I think being in the weight room will build that confidence.”

Fisher uses Newsome as the model for his talented transfers when it comes to knowledge of the defense and how to align as a defensive back in the Nebraska system. When asked about the next step for Tommi Hill’s development in the defense he responded, “Get just like Quinton.”

Fisher delved deeper into the topic stating, “I want him [Tommi Hill] to know the same thing that Quinton knows. From how he aligned to why he changes things up [technique and how he defends receivers]. His skill level is so high that he probably has the best skill level in the room.”

Fisher elaborated on how he’s focusing on the mental aspect of developing Hill’s skill set.

“Now it’s how much time does Tommi spend in the film room instead of at his apartment? How much time over the summer does he get with me and Quinton to know the system better? If he does those things, it’ll help the team.”