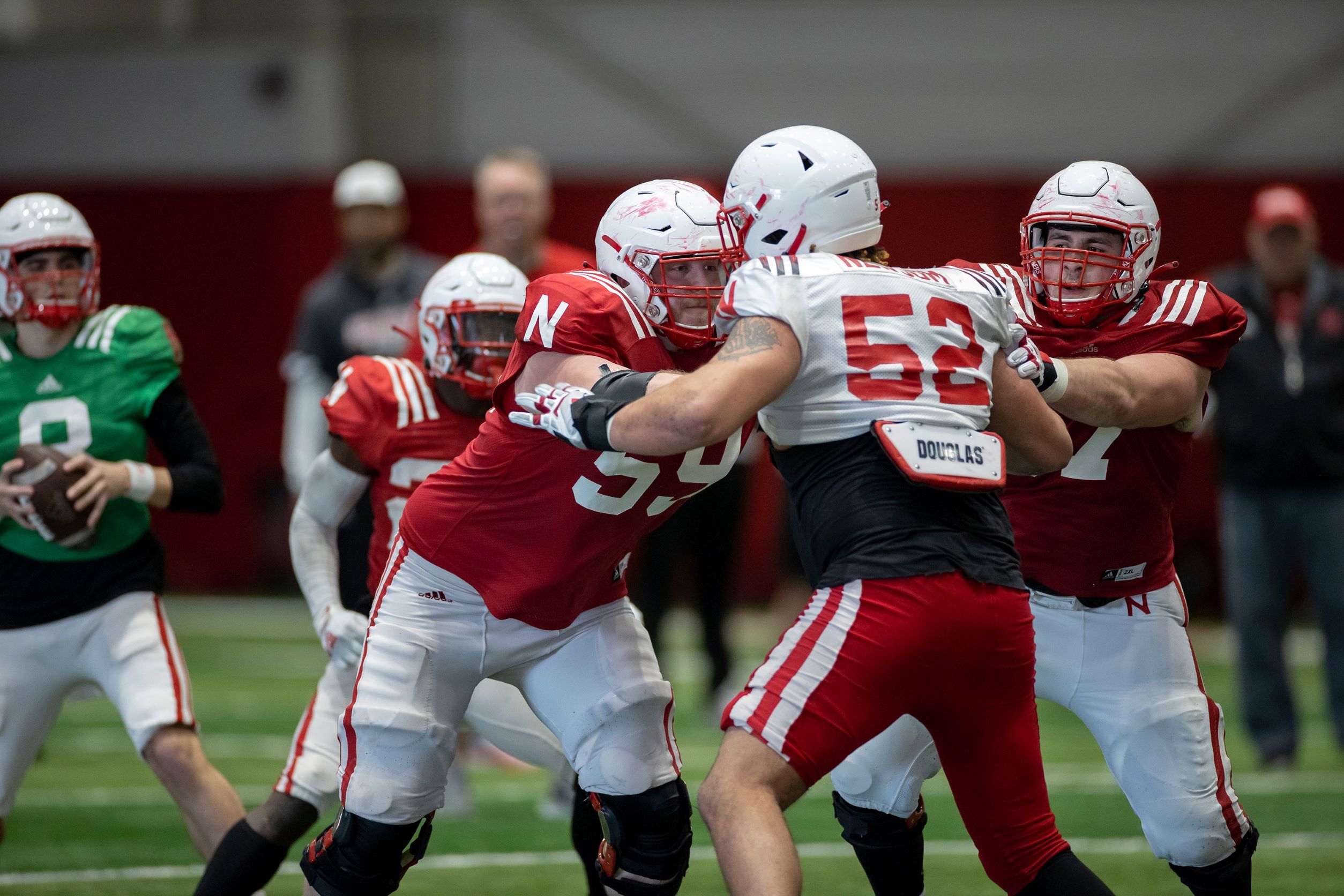 Since coming to Nebraska Mosai Newsom has waited two long years to show what he can do.

Coming out of Iowa, there’s no doubt Newsom carried with him an impressive pedigree. Newsom was ranked among the top five players in Iowa by both Rivals and 247Sports. He was also ranked among the top 40 strongside defensive ends by 247Sports. Newsom had numerous offers, including Iowa, Michigan State, Minnesota and Northwestern. During his senior season, Newsom was an all-state selection after totaling 18 tackles, including 10 for loss, and 7.5 sacks to help his team to an 8-2 record and a state playoff appearance. On offense, Newsom had five receptions for 86 yards and a touchdown. Newsom also starred on both sides of the ball for Coach Mark Hubbard in 2017, helping Waverly-Shell Rock to an 8-2 record. Newsom played offensive line to help power an explosive offense, while making 38.5 tackles, 8.5 tackles for loss and three sacks on defense.

That’s all behind him now. He’s got to make a new legacy for himself in the Big Ten.

Mosai believes that spending two years on the bench for the Huskers wasn’t wasted because it allowed him to see what real college football players look like.

“All of us have been behind some great guys,” he said. “We’ve been able to watch them come up and develop. They have been some great examples and it’s going to be fun to fill in those footsteps.”

Mosai has been happy with how he’s performed so far in the spring and is eager to learn more with each practice.

“It’s been going really well,” Mosai said. “The D-line is getting close, there's a few of us right now, but we’re going out there and competing. Coach Dawson has been teaching us some new stuff and It’s been really good to learn and just get better.”

Mosai, who now hovers around 295-to-298 pounds, says the biggest adjustment he’s had to make on the college level is learning how to take on the famous Big Ten running game.

“It takes a while,” he said. “Big Ten football is big guys, a lot of runs and heavy hitting offenses. (It) definitely takes a while to get developed and used to the speed of the game.”

Newsome is excited to see this new young defensive line develop its own personality and leaders.

“The coaches have been there and helped us,” he said. “They have allowed us to be on each other’s backs positively and help lead each other in the right direction.” -30-