Investment in Offutt Air Force Base 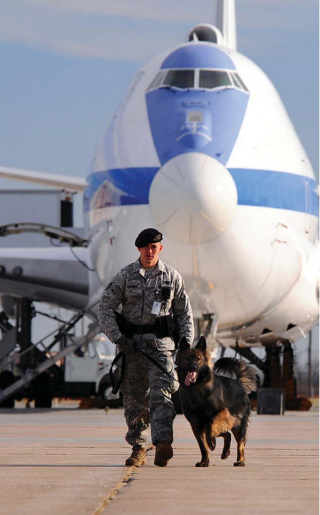 Senator Rita Sanders (Dist. 45 - Bellevue) introduced LB1233 which invests $25 million matched by private funds into projects to improve the quality of life for service members and their families on the base.

Senator Mike McDonnell (Dist. 5 - Omaha) introduced LB1232 which invests $20 million into a public-private partnership with the city of Bellevue and the University of Nebraska to create facilities for the new Nuclear Command, Control and Communications project.

A third proposal from Senator Tom Brewer (Dist. 43 - Gordon) was included in the Governor’s original budget and invests $5 million into telling the story of Offutt Air Force Base through promotional productions. The ideas from the three senators weren’t passed as individual bills. They went directly into a budget bill that was approved by Governor Ricketts.

In a press release Senator Sanders said, “Offutt Air Force Base is one of Nebraska’s greatest assets and with this generational investment, Nebraska is telling the Pentagon and the White House: we’re ready for more.”

Included in the Senator’s press release Congressman Don Bacon (NE - 2) said, “As a former Commander of Offutt Air Force Base I know how tough it can be on our Airmen when living on base and far from home. I greatly appreciate the work of the Nebraska Legislature and Governor Ricketts to approve funding that will enhance the accommodations and support on base for our military members and their families.”

Senator McDonnell told NSN, “It's one of the largest employers in the state of Nebraska. Around 4,000 civilian employees and 7,000 military serving on the base, and the number of retirees that chose to stay here after completing service to our country. After talking to people who are currently serving here, elsewhere in the country and around the world, they tell me three things about the communities they're in. One, if they're not wanted there they can feel it. Two, they're put up with. Or three, and I believe we're this, and that's being embraced. We embrace their families too. When they're serving overseas we provide lots of support. We want to be the best base in the country for those people who are coming to serve and, then when they deploy they have a community that cares, and then carrying that on after they're done serving. These three bills that got put into the budget make Offutt stronger for those serving and for our state."

Senator Brewer also talked with NSN. Brewer said, “These installations can be located anywhere. We have one of the best right here and we need to keep it. The 55th Wing is the active-duty Air Force unit stationed there. In addition we have STRATCOM there, that’s a four-star command. That produces a lot of jobs and it’s over one billion dollars into Nebraska’s economy. It’s vital that we show the Department of Defense that Nebraska is a good partner, a good place for STRATCOM, and we’re a military friendly state that supports the service members stationed there and we’re backing that mindset up shared by Nebraskans with the legislature and the executive branch.”

Offutt Air Force Base was constructed over 120 years ago as Army Base Fort Crook. The base hosts one of the country’s eleven major commands and the 55th Wing housed on base is designated as one of the five “lead wings” for the United States Air Force.

Last year the base was a finalist to host the headquarters of the United States Space Force. The Appropriations Committee of the Legislature set aside $50 million towards construction of that headquarters. The headquarters was awarded to a different location. Those funds were then repurposed this year for these improvements approved by the Governor. -30-