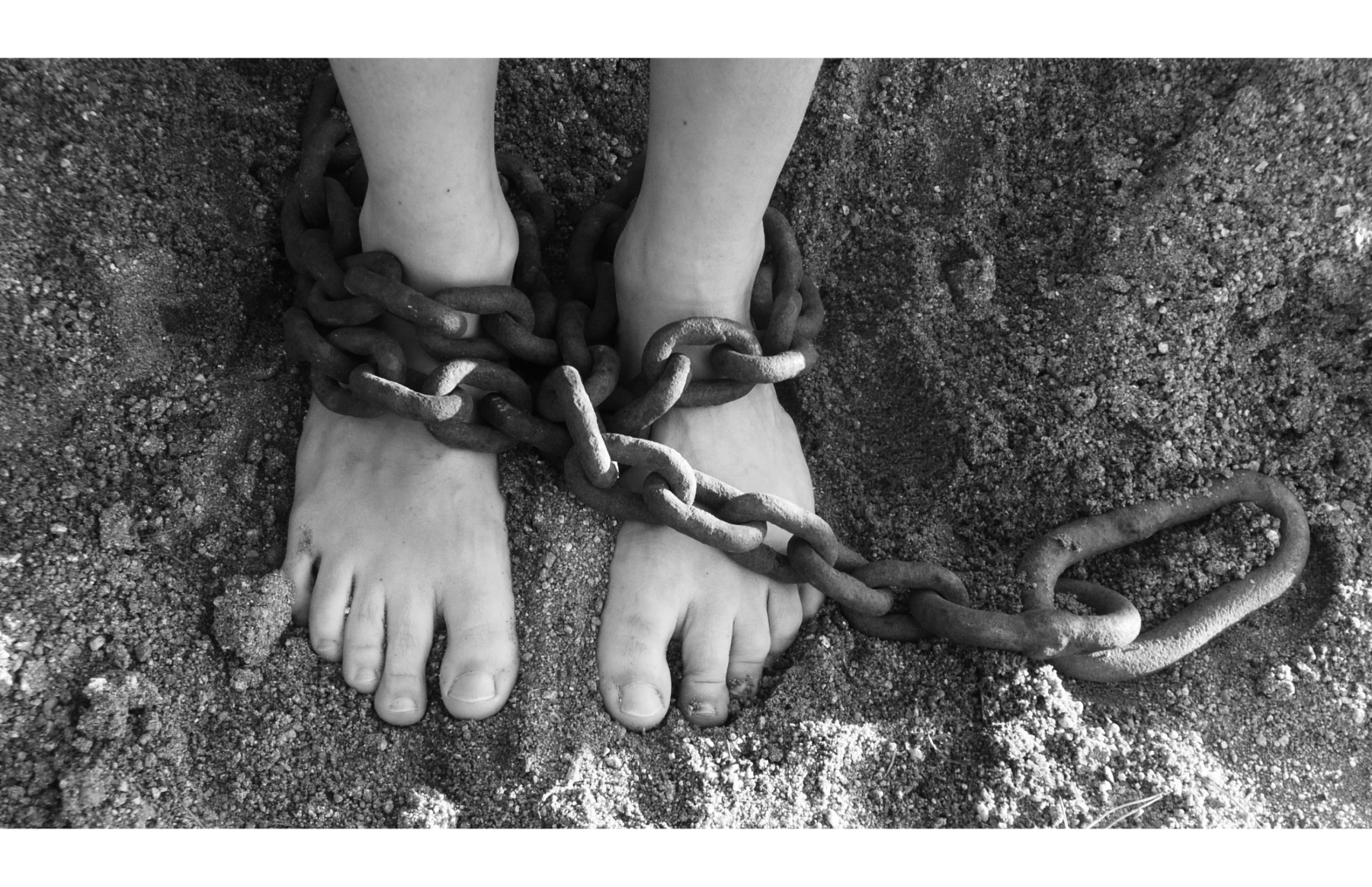 ‍Part one in a five-part series on the undisguised realities of human trafficking.

Most people never experience the touch of cold, hard, lifeless iron chains shackling them with immobility. Invisible chains, on the other hand, wreak deep psychological havoc on millions. Escaping the only reality you’ve ever known isn’t easy. Fear impels you to justify what is happening, even if that means accepting accompanying cruelty and servitude. Normalcy is comforting. The unknown is crippling.

Sex trafficking is more common than people think. It happens right here in Nebraska, right in your city or town, likely right in your neighborhood. The $150 billion industry is the second largest criminal activity and the fastest growing in the world according to a source that wishes to remain anonymous due to safety. One out of every 130 women globally live in this type of slavery. And about one-fourth are male victims. “You see, trafficking is called the modern-day slavery,” the anonymous source said.

Abuse victims endure unthinkable horrors. They don’t have an option on whether they succumb to the perpetrators' assaults and coersions. If victims fight back, they are beaten, locked up, emotionally and verbally accosted, and sometimes even killed.

This trauma debilitates the victims’ mind, will and emotions. The wounds cut deep forming long lasting psychological scars. The eyes of the victims appear dull with lifeless ache. They suppress their emotions and stop thinking for themselves. They start making excuses for what is happening to them. They begin accepting it.

Drugs often accompany trafficking, wielded like a weapon for control and domination. Victims are forced to take drugs and often end up with an addiction that distracts them from their pain and anguish. Drugs help the sense of helpless desolation.

When victims are rescued, they find it difficult to return to normalcy. They were programmed in the clutches of trafficking. The trauma remains buried deep. Because of this reality they live in, it makes it feel nearly impossible to escape. They experience the restrictions of the invisible chains. Their new reality brings to light the darkness they suffered in the world of sex trafficking.

“Fear grips me when I think about escaping the trap I am in,” said a survivor.

Survivors should be monitored closely as they come to terms with the trauma they accumulated. The brain patterns and thought processes have been distorted because of the abuse. Survivors don’t fully comprehend the deconstructing process of the life that once held them hostage.

“They are brainwashed, and you can’t trust them to go for a walk because they can just leave without notice. They are not forced to flee being sex trafficked,” said Mindy, a volunteer that worked with a survivor.

One survivor talked about the feeling of still being controlled and locked up after being rescued. A survivor's safety is top priority. Their belongings have to be relinquished to be sure traffickers are not following them. They can still feel trapped. They can still feel haunted by captivity.

“I get triggered because I feel like I am being held in restraints still since I can’t have my belongings,” a survivor said.

In places like India, the victims are held in a place where men and women come in one after another each day. They are typically caged in one area. Here in the United States, the victims are held under the traffickers’ thumbs. They can live at home and still even attend school. They are imprisoned with the fear of losing family from the threats they receive. Victims will sacrifice their own lives to save their loved ones.

“If you tell anybody what’s happening, we know your family, we know where you live and we will kill them,” said the anonymous source that has spoken with survivors that experienced this.

Mindy explained even survivors who escaped from the brutish world of sex trafficking for an extended period can end up trapped again. The deep pain and healing process varies by victim. It can take a lifetime to process the healing that needs to take place, but it isn’t impossible.

“Once you come out of sex trafficking, the healing process is hard, deep and painful,” the anonymous source said.

Traffickers do not remain in one designated location. They often follow the money. “One of the highest trafficked areas is the state of Nebraska,” said the anonymous source. Because of the constant relocation of victims, they are always unsure of their location.

In trafficking, there are distinct roles. The victim, who has been manipulated into sex trafficking, is one role.

Potential victims aren’t typically snatched off the street. They tend to be lured into a trap. These potential victims are often vulnerable and extra needy. They usually don’t have support at home or live in poverty. Though trafficking is not isolated to this demographic.

The recruiter, also known as the groomer, is another role. They set the hook and reel in the victim by making offers that are appealing to the potential victim.

The groomer initiates a designed process to win trust by showering the victim with attention. They make them feel heard, important and loved. The groomer offers expensive gifts. Anyone, including a child or a woman, can be a groomer. The perpetrator doesn’t care how long it takes to gain the trust they need.

Money drives the sordid industry. Traffickers can make a ton of money off of just one victim. The victim is forced to perform sexual activites with multple men a night. Each has its price. “Here’s the thing, for someone selling drugs, they sell it one time. When you are selling a victim for sex, it is multiple times,” said the anonymous source.

If you see someone who does not have any of their possessions, have expensive gifts with the appearance of destitution, or if they aren’t allowed to answer for themselves, you could be encountering a trafficked individual. “Spotting a trafficker could mean they are carrying multiple cell phones. They only pay in cash, and they don’t let whoever they are with speak for themselves,” said an anonymous source.

It is not always in the best interest of the victim if you approach them, you could potentially jeopardize an undercover operation or cause more harm to the victim. It is better to contact law enforcement with any suspicions right away.

According to one book written by a survivor called, “Survivor,” today’s traffickers are using new methods to recruit, especially the internet, including sites such as Facebook, BlackPlanet, Mocospace, Backpage, and SugarDaddie. “Traffickers use these websites to secretly buy and sell children,” said the author.

“The biggest need in Nebraska are safe houses,” said the anonymous source. Rescuing victims is no easy task, but a place for them that is safe and secure are in high demand. -30-