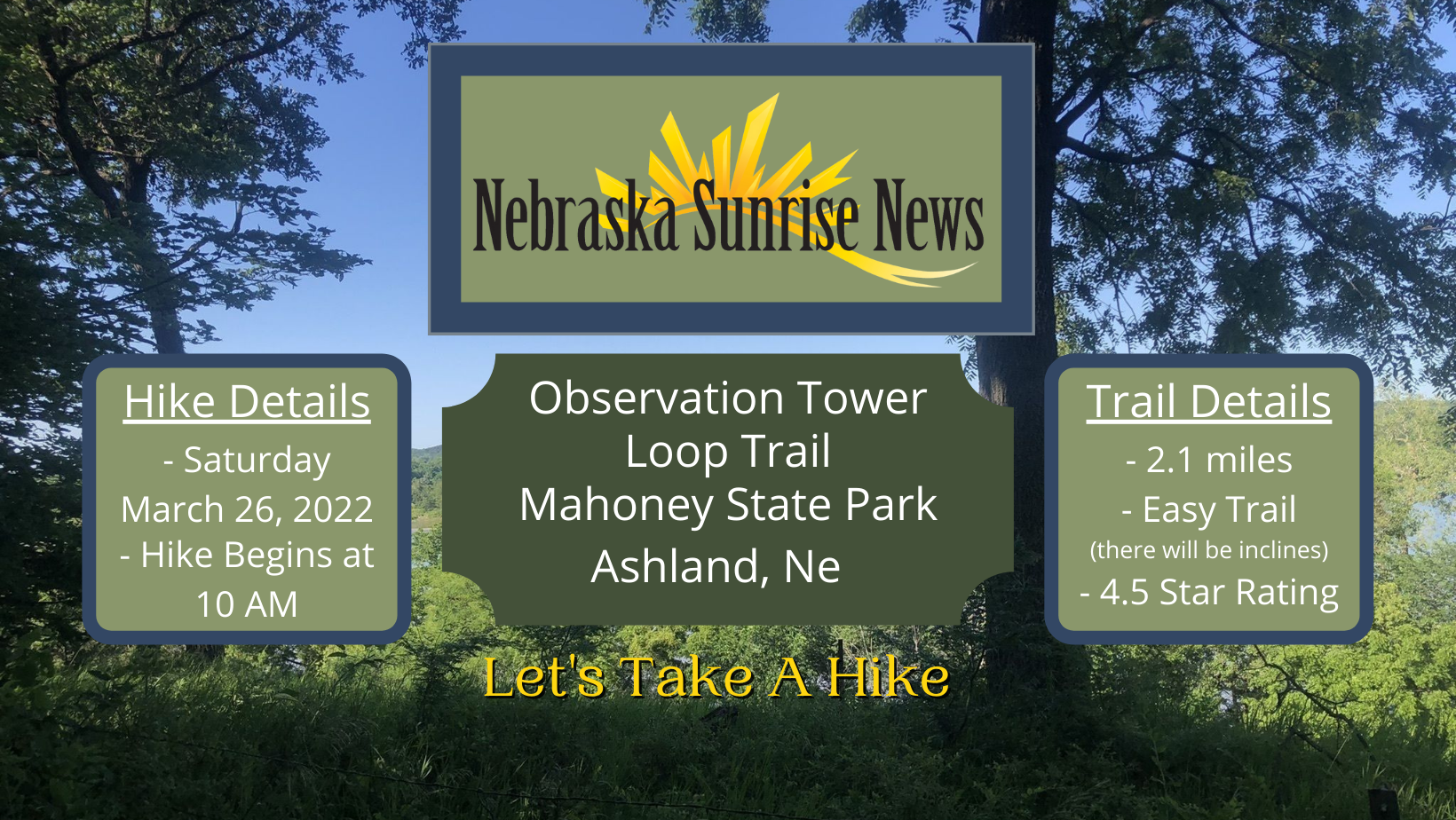 We started the hike at the Peter Kiewit Lodge.  The moment you step inside you are taken back at the open space, a real lodge feel considering it triples as a store, state park and restaurant.  Walking into the main lobby your breath is taken away from the staircase taking you too the second floor.  In the main lobby, a staff member greets you with a smile and a map of the area.

The trail starts almost immediately and within a few steps you are engulfed in nature all around you.  As you get drawn into the sounds of chirping birds, trees, and a leaf covered path, you quickly forget that not to far away is civilization.

The trail truly gives you the rugged hike feel.  The path narrows quite a bit, but always tends to open with plenty of space to move around.  You cross a few bridges that will soon help hikers cross the many streams along the trail.

As you walk the first mile after leaving the Peter Kiewit Lodge, you walk along the Platte River.  There are about three locations along the trail that allow you to get great photos of the river without campers and homes ruining a great shot.

Coming up to the end of your first mile you see the Observation Tower off to your left.  A tall steel structure with a huge open platform on the top that, from what I have been told, you get one of the best views of Eastern Nebraska.  I personally wouldn’t know because on my way to the top, my fear of heights kicked in and I had to come back down.  We won’t talk about how far I made it up.

The last mile of the walk can be easy if you want to follow the sidewalk from the Observation Tower back to the lodge.  If you’re looking for a good work out, taking the hiking trail back is a great idea.

Personally, on the way back I took the hiking trail.  I’m glad I did because I ran into Hannah and Derek Augustine from Lincoln, Ne who were hiking with their little ones.  They considered the trail to be more of a moderate level hike rather than the advertised easy.  They stated they could tell this trail isn’t as regularly maintained compared to other state park trails.

All in all, I would rate this trail a 7 out of 10.  It’s a path that is not kept up on a regular basis that’s for sure.  There are regular tree roots sticking out of the path, and many spots where the wire fencing is just no longer around.  This isn’t a path you would want to go biking on.  Worn out paths that take you into a ravine and narrow pathways next to small cliffs, you will want to keep the kids in front of you.

Even with the path not kept up on a regular basis, nature is all around you.  Many times, throughout the hike I would forget that feet away civilization is moving like normal.  When a twig cracks and it echoes through the trees, you stop and listen.  Nothing but chirps and empty air.  Its times like that when your hike becomes magical. -30-