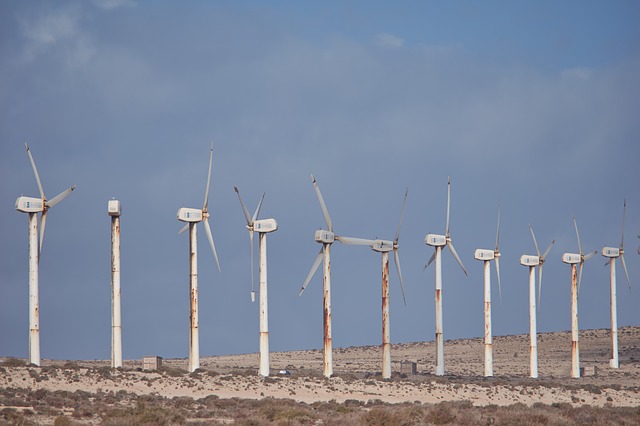 Many ideas considered radical a decade ago now enjoy mainstream support in the environmentalist movement. Demands to “decarbonize” electricity production are proceeding apace despite the limitations of generating electricity reliably and affordably from renewable sources alone.

The technology to store energy simply hasn’t kept pace with our ability to generate it, leaving renewable sources like wind and solar handicapped by their inherent intermittency. Consequently, renewables only provide a fraction of Nebraska’s energy needs, and only find economic viability through a regime of heavy government subsidy.

Despite this technological deficiency, clean energy advocates still insist we decommission “dirty” sources sooner rather than later. Cities and regions that have done so have encountered grave disruptions in production and delivery, resulting in rolling blackouts, brownouts and at times, grid failure under heavy demand.

However, this is not entirely by accident.

Artificial scarcity raises prices which in turn reduces consumption, a prime goal of the modern environmental movement. When combined with mandated lifestyle changes and forced energy retrofits to homes and businesses, renewables advocates claim the lower production capabilities of clean energy won’t be a problem, being offset by lower demand from consumers.

However, this strategy ignores the problem of meeting baseline energy needs, for manufacturing, communications, internet, and medical facilities, even the charging of electric vehicles, none of which are elective uses of power.

Revenues above operating costs are reinvested in infrastructure to maintain long-term reliability and affordability. An industry advocacy group, American Public Power Association, wrote of this business model in a 2015 blog post, quoting our own Nebraska Power Association’s declaration –

Unbeknownst to most Nebraskans, this statement appears to no longer apply.

Races for public power boards aren’t known as high-spending affairs, so the influx of substantial amounts to one candidate over another can easily swing a race. A good example can be found in the campaign of Aaron Troester, a farmer from O’Neill Nebraska, who is now the representative for Subdivision 2 on the NPPD board.

A group calling themselves Nebraskans Against Corruption (NAC) sent out a direct mail piece in support of Troester, touting him as the candidate who “will stand up to NG&T [sic] and stop the corruption.”

NG&T refers to the Nebraska Electric Generation and Transmission cooperative, which  supported Troester’s opponent. NEG&T supports an “all of the above” philosophy toward electricity generation that includes renewable sources when available, but not using them exclusively.

Advocates of maintaining a diverse base of electricity generation sources are derided as obstacles to innovation and dismissed by the environmentalist movement’s policy and funding hegemons, effectively shutting them out of the discussion.

“Decarbonizing” the production of electricity leaves no room for an “all of the above” viewpoint. Adopting a “carbon neutral” system necessitates mothballing coal and natural gas fueled plants, and along with them any dissenting opinion.

Troester denied any knowledge of Nebraskans Against Corruption. His wife posted the following on his campaign’s Facebook page –

“Aaron and I did NOT approve this flyer, nor do we associate with the group who sent it.”

However, Troester’s denial is weakened by his campaign’s largest contributor and very nearly his only contributor, a group known as Nebraskans for Common Ground (NCG) being the sole funder of Nebraskans Against Corruption and a part of its leadership.

Along with a third group, Nebraskans for Fiscal Responsibility (NFR) this trio of “grassroots” independent committees have funneled hundreds of thousands of out-of-state dollars directly into Nebraska’s public power board campaigns.

Dividing money from a central source among numerous “cutouts” is intended to give the impression of a larger network enjoying broad popular support, despite many such organizations existing almost entirely on paper alone. The three Nebraskans groups are an example of this tactic, known as “AstroTurfing.”

Nebraskans for Common Ground has little online presence, with only a Facebook page launched in September of 2020, and dormant ever since. A vibrant citizen action group would be expected to have far more points of engagement with its supporters than a social media page with eight followers.

Nebraskans Against Corruption spent a little over $7,200 of NCG money in support of Troester, along with nearly $7,000 for Mary Harding and another $4,800 for Sheila Hubbard. All three were candidates for NPPD, with only Hubbard failing to win a seat.

All three Nebraskans groups are under the care of Lincoln Electric System board member Chelsea Johnson, also Deputy Director for Nebraska Conservation Voters (NCV), (State Senator Eliot Bostar is the Executive Director) which is the state-level arm of the League of Conservation Voters, a Washington D.C.- based environmentalist organization that receives a great deal of their funding from the San Francisco-based Sea Change Foundation.

Each of Johnson’s groups was established entirely with LCV cash.

The Sea Change Foundation is presently the subject of Congressional inquiry, suspected of channeling hundreds of millions of dollars from Russian interests (including the Russian government) to environmental activists in the United States to convince Americans to abandon reliable energy sources in the name of climate change. The goal is to hamstring America’s economy with high energy prices, unreliable power supply and unpredictable economic outcomes.

The Troester campaign is but one of many influenced by Ms. Johnson’s careful management of LCV’s money. Similar stories attach to other NPPD candidates, including current board members Charlie Kennedy, Mary Harding, Bill Hoyt, and Melissa Freelend, who, along with Troester gives NPPD a board stacked with five “clean energy advocates” courtesy of national and international money.

There were a few others unable to leverage their LCV campaign windfall into victory on the NPPD board, but Ms. Johnson found additional success on the OPPD board, backing current Chair Amanda Bogner, current Secretary Janece Mollhoff, and member Sara Howard with significant sums and in-kind contributions.

The amounts involved are indeed startling, made especially so when considering the relatively low profile of the races the money funded.

According to filings with the Nebraska Accountability and Disclosure Commission, in the 2020 election cycle alone, nearly $600,000 dollars were spent by the League of Conservation Voters (or their PACs) on Nebraska races for seats on the Public Power boards, a smattering of Democratic Party groups, and a State Senate race - Eliot Bostar for Legislature.

Some cash went to Friends of Adam Morfeld, the Nebraska State Democratic Party and two of the “grassroots” groups mentioned above. Nearly all dollars passed through Nebraskans for Common Ground first on their way to hand-picked candidates.

According to the Nebraska Conservation Voters website, they have “won 88% of their targeted races.”

“Both NPPD and OPPD started community solar programs, and Nebraska saw more wind energy growth than most other states in 2018 and 2019. In November of 2019, OPPD set the state’s first decarbonization goal of net-zero carbon by 2050.

The commitment made by NPPD prompted Bostar to say,

“This is a historic moment for every single Nebraskan. NPPD’s vote to decarbonize highlights what we have known for years – that Nebraskans from every corner of our state support investing in clean energy and reducing pollution because it makes good environmental and economic sense.”

As Bostar, and those in his orbit describe it, the grassroots of Nebraska have stood up to the monied, polluting interests in our state to demand we remove the “carbon” from our electricity generation.

Despite creating an impression of broad-based support, the Conservation Voter Movement in Nebraska is much less a “movement,” than it is a well-planned and strategically orchestrated campaign funding scheme that has seized functional control of our Public Power systems.

Bostar, though born and raised in Brooklyn, New York, occasionally visited relatives near York, Nebraska as a child. He first came to Nebraska as an adult to hitch his wagon to the protest against the Keystone XL pipeline project led by BOLD Nebraska and Jane Kleeb, helping in the construction of their “Clean Energy Barn,” a small structure built in the path of the pipeline Kleeb billed as “powered 100% by renewable energy.”

Featuring both wind and solar power generation on-site, the structure was heralded as a model of Nebraska’s “clean energy future,” teaching Nebraskans how to achieve decarbonization.

However, according to information provided by the local public power utility that services the area, the “Clean Energy Barn” routinely relied on electricity generated by coal-fired power plants for more than a third of their total energy consumption. This, despite the barn being roughly the size of a detached, two-car garage.

Absent the campaign-altering dollars administered by Chelsea Johnson and Eliot Bostar, the “Nebraskans” groups would likely have had little to no effect on the election had they relied solely on “grassroots” support.

The infusion of campaign funds against which few candidates can hope to compete has succeeded so far in avoiding public scrutiny while achieving a sea change in philosophy on how to run our consumer-owned public utilities.

No longer does providing reliable and affordable energy form the mainstay of our public power mission. Thanks to hundreds of thousands of special interest dollars so far, and more to come, our names may still be on the deed to our public power systems, but the control now belongs to an environmentalist elite who are using our utilities to pursue their own agenda. They make the decisions now; we just get to pay for them.  -30-