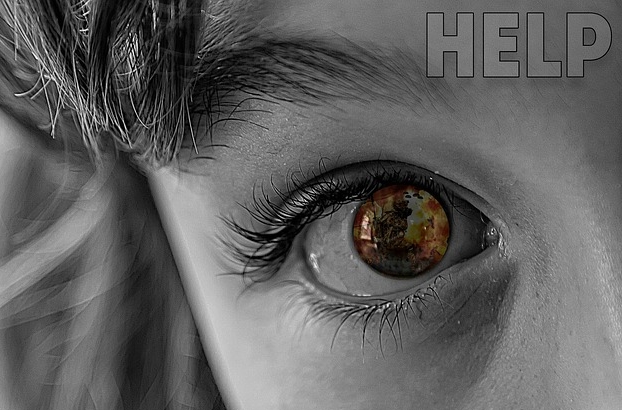 Part three in a five-part series on the undisguised realities of human trafficking.

How can human trafficking be stopped? This is a question you may be asking yourself, our elected officials and law enforcement. Awareness continues to grow in the fight against human trafficking, and the public plays an essential role in helping to identify possible trafficking situations. However, identification is just the first step. Law enforcement and the court system are pivotal in capturing and prosecuting those perpetrating these crimes.

In 2006, Nebraska passed a law criminalizing human trafficking. Additional laws have been passed defining sex and labor trafficking, establishing trafficking penalties and extending the statute of limitations. Another law increases penalties for the sex trafficking of minors and includes buyers as traffickers. Additionally, a law was passed that provides criminal relief for trafficked victims.

Captain Tracy Scherer heads the Omaha Police Department’s Child Victim/Sexual Assault Unit and testified on behalf of the bill. “Sex trafficking cases can take several years to put together, and this bill allows law enforcement to put everything together and prepare a case for prosecution.” Scherer's unit is located within Project Harmony as part of a collaborative effort to provide support to child abuse victims and their non-offending family members. Scherer also works with the Nebraska Human Trafficking Task Force and FBI.

At the federal level, the Trafficking Victims Protection Act of 2000 and its amendments is a federal law aimed at combatting human trafficking both domestically and worldwide. Three primary components of this legislation include prosecution, protection and prevention. The Act contains a provision that allows foreign victims who help with the prosecution of their traffickers to remain in the U.S. It also allows federal agents access to additional crimes and penalties to prosecute traffickers.

Additionally, more law enforcement resources are being dedicated to the fight against human trafficking. Nebraska's anti-trafficking efforts are led by a multidisciplinary team that includes law enforcement, prosecutorial and victim advocacy groups.

Most of Nebraska’s human trafficking cases have been prosecuted during the past seven years. This followed the creation of the Nebraska Human Trafficking Task Force by Nebraska's Attorney General. Glen Parks, Assistant Attorney General, is the Coordinator for the Task Force. Five teams cover the state, except for Omaha, where an FBI-led task force covers the metropolitan area. "Many of our investigations involve local law enforcement officials, Nebraska State Patrol and an investigator from the Attorney General's office. There is a lot of cooperation at the local, state, and federal levels. Our relationships allow us to handle human trafficking cases in every part of the state."

Parks stated that the Task Force recognizes that human trafficking is a market with supply and demand, and the Task Force places equal focus on both supply and demand. "The unicameral made it clear a couple of years ago that buyers of sex trafficking victims are also considered traffickers and can be convicted under the same statute as those who are profiting off the sale of commercial sex acts."

The Task Force regularly provides training for law enforcement and prosecutors. It provides education to the general public through organizations such as churches and rotary clubs. And, they provide training at strategic places like schools and hospitals. This training supports awareness and recognition.

Lieutenant Brent Bockstadter is the Nebraska State Patrol’s primary contact for the Task Force. Each region is headed by a State Patrol lieutenant and includes a State Patrol special investigator for human trafficking. He reported that law enforcement efforts are both reactive and proactive. “Our investigative division handles tips received in our offices and the National Human Trafficking Hotline. We also carry out undercover operations to find those buying and selling commercial sex services. Our relationships with community resources such as medical providers and counselors allow us to get victims the help they need.”

Bockstadter stressed the importance of the bill providing criminal relief for trafficking victims. Before this bill, some individuals were convicted as prostitutes when they were, in fact, trafficking victims. He reported that many victim advocacy organizations actively try to provide resources, financial aid and educational aid when victims want to leave a trafficking situation. When victims get out, there is a gap in their resume which often presents a problem when they seek employment. He encouraged employers to be ready and willing to give people a second chance so they may have a better life.

Bockstadter added that the internet creates another component to sex trafficking. Sex trafficking solicitations and other criminal behaviors don’t just occur on the “dark web.” Crime on the internet presents unique challenges because criminals can quickly move from one website to another.

Supervisory Special Agent John Hallock heads the FBI Child Exploitation and Human Trafficking Task Force in Omaha. This unit works hand in hand with the Nebraska Task Force. “The advantage of having a Task Force is that we work it together when a violation occurs at the local or state level. When we review a case for potential indictment, we can keep the case moving forward, whether it is a state or federal case. One of the proudest things for me is the relationships that we have made with our state and local partnerships which leads to the success that we have experienced. The FBI Omaha field office has responsibility for Nebraska and Iowa. I cannot commend the state of Nebraska, the local and state agencies, and the state of Iowa enough. It has been nothing but a wonderful relationship, and it keeps expanding."

Parks acknowledged that there might be heightened concern among the public about increased human trafficking when large events are in town. Any time an influx of people floods a community, the potential for various illegal activities increases. Law enforcement agencies perform proactive operations as preventive measures and as a deterrent during these times.

The Nebraska State Patrol was involved in a major rescue operation in the past year in which someone called in a complaint about a suspicious situation at an Omaha truck stop. Uniformed officers, investigators, and local agencies responded and rescued a 16-year-old runaway who was lured into a trafficking situation.

The FBI was part of an investigation with the Council Bluffs Police Department that led to the prosecution of a 71-year-old Council Bluffs man in the past few months. The man allegedly had inappropriate sexual conversations and advances with a 14-year-old child. Officers said numerous other young adults were victimized by the same man while in high school. He allegedly provided drugs, alcohol and a place for teenagers to party. He purportedly developed a relationship with the teenagers before convincing them to engage in sex acts with him and others for money, drugs or alcohol. Officers said he used his business to recruit and groom victims, engaging in this illegal activity from 2012 to 2019. He was sentenced to 30 years in prison, followed by ten years of supervised release.

Hallock said the most rewarding cases are when victims go from victimization to survivorship, especially juvenile female victims. "When we can put somebody in federal prison for 30 or 40 years, that is a good case, and it has an impact on the community and acts as a deterrent. If someone is going to engage in that lifestyle, we will do all we can to find them and prosecute them. Those are the cases that are the most gratifying and keep us going on a daily basis.”

Parks emphasized that human trafficking occurs in Nebraska. We must all learn the signs of trafficking and know what to do when we suspect trafficking. Educational information is available on the Nebraska Human Trafficking Task Force website at https://ago.nebraska.gov/nebraska-human-trafficking-task-force.

“Not every Nebraskan will come into contact with it, but a certain percentage will encounter a victim in a gas station, grocery store, or somewhere else during the few precious moments that a victim is in the public eye. If we can all be educated about what to look for, we can make Nebraska a hostile place for this type of exploitation.” -30-