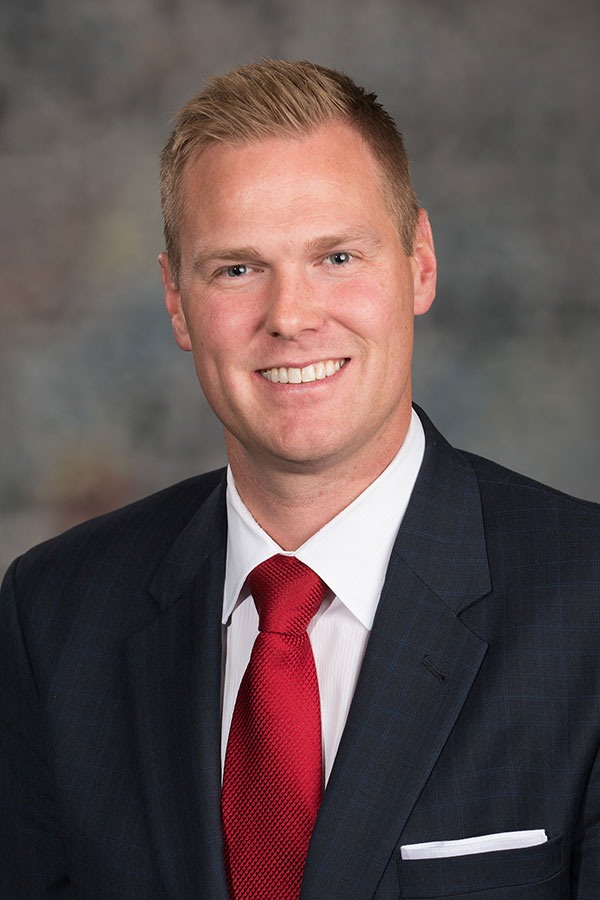 Omaha Chamber of Commerce, in conjunction with KETV, hosted a forum for three Republican gubernatorial candidates in the Scott Conference Center on the UNO campus on Wednesday.

While not presented as a traditional debate, Julie Cornell moderated. The candidates tackled questions ranging from prison overcrowding, tax reform and the attempt to privatize child welfare in Omaha.

With Nebraska prisons at 152 percent capacity, Governor Pete Ricketts urged lawmakers to address the need for a new state penitentiary this session.

“I don’t know if I necessarily want to step out and go ‘We’re going to build a prison right away.’ It’s $270 million – not including the operating expenses. You’re probably looking at closer to a billion dollars when it’s all said and done,” said Lindstrom.

Lindstrom said the focus needs to be on how nonviolent offenders and the rate of recidivism is handled. Lindstrom believes investing in diversion drug and veterans courts statewide are tools that can address the decades long prison population issue.

“There are a lot of folks that can - if trained well, if we deal with the mental health and addiction issues - reenter the workforce,” Lindstrom continued.

Agreeing that a new prison is a necessity, Herbster deems its location as an important factor to be considered.

“When we build a prison – and we will have to sometime in the future – there’s no question about that. We have to make sure it’s located in the right location, so we have a workforce that can truly operate the prison,” Herbster said. Putting together programs to address mental health, specifically for veterans, is a priority for Herbster.

For Thibodeau, building a new prison is an unavoidable reality. Overcrowded prisons are an unsafe work environment.

“It would cost more money to make that environment safer than it would to build a new prison,” Thibodeau said.

While reform is necessary, Thibodeau is opposed to sentences which allow violent offenders to serve time concurrently rather than consecutively when convicted of multiple crimes.

“I will not allow any criminal justice reform to happen just to open beds,” Thibodeau said.

Candidates were asked how they intended to approach managing child welfare in the Metro following St. Francis Ministries’ failure to uphold its contract to care for approximately 2,000 abused and neglected children.

SFM’s five-year, $197 million contract amounted to a 40 percent reduction in what the state paid its previous provider for child welfare services in Douglas and Sarpy Counties.

Acknowledging that the contract with St. Francis did not serve the needs of children in the child welfare system well, Thibodeau said, “As a governor, you cannot always look at the least expensive, especially when you are looking at our children.”

Thibodeau wants to ensure key elements are in place for a child welfare system that serves the needs of families so that reunification can occur when it is safe to do so. She cited two examples: checking into the background of the organizations providing child welfare services and monitoring caseworkers’ ability to keep up with their caseloads.

Lindstrom stated that he would not have signed the deal with St. Francis merely because the numbers made sense on a balance sheet.

“We’re going to make sure we find the best group to address those things. If it means moving it back under HHS, we will take those steps. But rest assured, if there’s a bid that comes in that doesn’t meet the needs for the people in Nebraska, especially our kids, I will not sign that deal,” Lindstrom said.

Herbster agreed that the St. Francis contract did a disservice to the children. “I think you’re going to find that all three of us up here are going to agree on the fact that the most important thing in any type of program that we create or contracts that we sign is those children because they cannot control what life brings tomorrow. They cannot control their destiny. So that has to be first and foremost. And that probably means that will not be the cheapest contract. It may cost us a lot more than that,” Herbster said.

The forum didn’t offer an opportunity for candidates to engage with each other. It was also missing Jim Pillen. He was invited to attend but declined, which has been a consistent strategy of his campaign. There are nine Republican gubernatorial candidates. Candidates not included in the forum were Breland Ridenour, Lela McNinch Michael Connely, Donna Nicole Carpenter, and Troy Wentz.

The primary election will be held on Tuesday, May 10th. -30-