Tax Cuts Debated in the Legislature 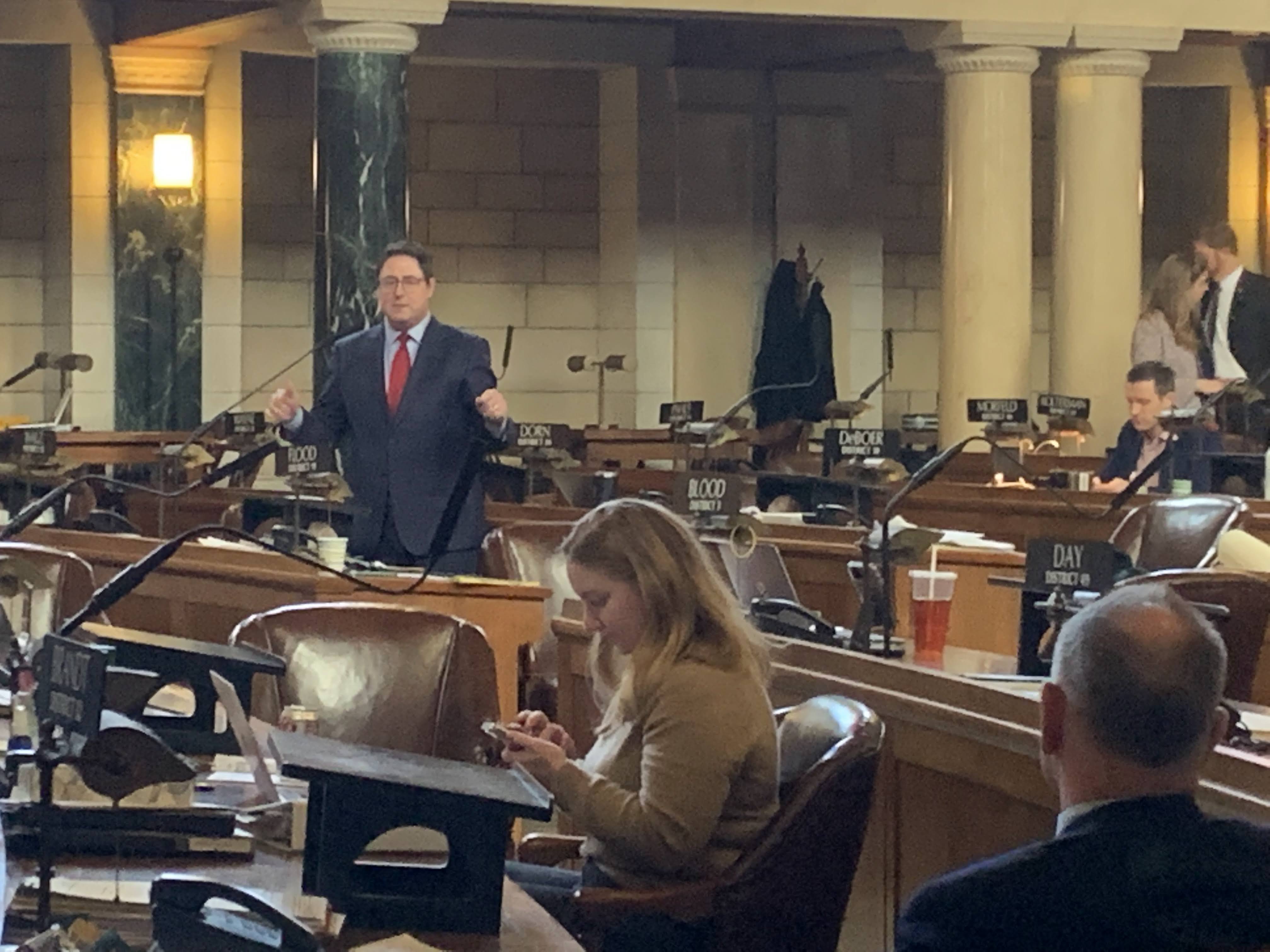 “I love the smell of tax cuts in the morning” was how Senator Mike Flood (Dist. 17 - Norfolk) greeted the Unicameral on Friday. The legislature was in the midst of debate on LB825 introduced by Senator Brett Lindstrom (Dist. 18 - Omaha).

LB825 would exempt Social Security Income from taxation using a four-year phased-in approach. Beginning on January 1, 2022, such income would be deducted from adjusted gross income as follows:

The debate took a quick detour on Senator Tom Briese’s amendment to the bill under AM2588. Republicans sought to attach property tax relief to the bill.

Democrats took to the mic in opposition, at times ridiculing the Republican members of the legislature. Senator Machaela Cavanaugh (Dist. 6 - Omaha) expressed her objections forcefully.

“This is disrespectful to the taxpayers of Nebraska. I look at this tax relief proposal and it doesn't even tell you how much it's going to cost us in the following year, which is in the investments and lowers the tax rate even more, and we don't know how much that's going to cost.”

Cavanaugh said the bill will cost taxpayers $894 million dollars in 2025.

“This is irresponsible,” she said. “I am not going to have your back on that. I care too much about seniors on fixed income. When I'm talking to people, they are not talking to me about tax liability. They are talking to me about child welfare, education, food, housing, because they're real human beings. They're not corporate robots. And real human beings care about those things. And the people that are arguing for this to happen are the same people who voted against $120 million in federal rental assistance. I hope you know and I hope we recognize that the Republicans in this body do not care about you and your life and your stability. They just care about corporate welfare. Not seniors, not people who are housing insecure, not people who don't have access to food. Corporate welfare, this legislature has become a complete corporate welfare ideal.”

“We're spending $1.7 billion and we're going to complain about taking our highest tax rate in the Midwest down to still the highest tax rate in the Midwest?” she asked. “It's one percent. We're taxing young couples who are both working and paying thousands of dollars more a month in daycare expenses. They can't afford to get their money together for a down payment on a home. Housing prices and spiraling interest rates are headed back up. And we're talking about not doing a one percent cut. We have $1.3 billion sitting in the cash reserves. That's fine. But it isn't mine. It belongs to the taxpayers. And we're going to tell people they can't get their money back?”

Senator Curt Friesen (Dist. 34 - Henderson) who was vocal on Thursday about the legislature’s expenditures took time Friday morning to speak in favor of addressing the state’s high taxes. “Citizens are telling us we are a high tax state. This is a compromise.”

The debate took up a heavy portion of the day. A cloture vote came up one vote short of adopting Briese’s AM2588. The vote card is pictured below.

Debate over other aspects of the budget continued Friday and Monday. NSN has further reports coming about Monday and Tuesday's debate over the state budget. -30-