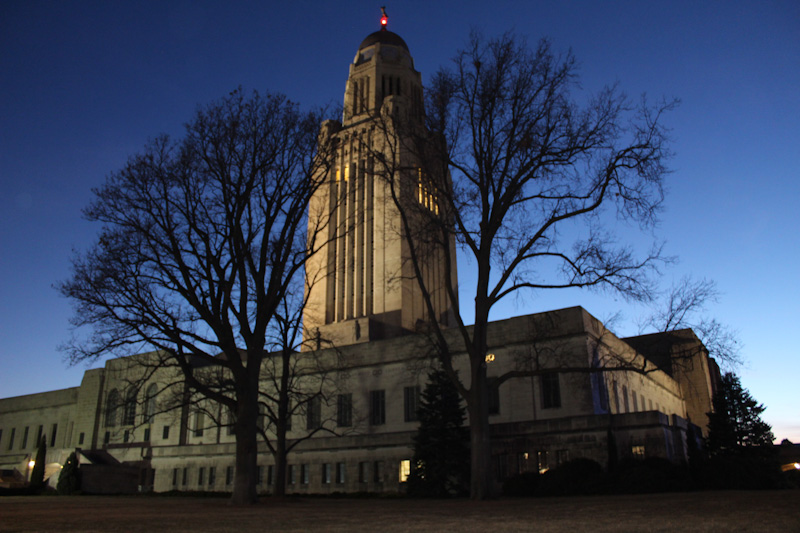 The Unicameral kicked off a busy week on Tuesday with four major bills the focus of the agenda. Tax rates and policy, a veto override attempt and criminal justice reform were the themes for the day of debate. As expected, the debate on the issues consumed the 11-hour day.

Discussion on LB873 started the day. The bill seeks to lower Social Security, property and income taxes. The bill introduced by Senator Curt Friesen, later amended with adjustments from the Revenue Committee and Senator Brett Lindstrom, advanced to Select File last week. The bill advanced once again with another resounding vote. This time 43-0 with four “present not voting” and two “excused”.

LB1073 was introduced by Senator Justin Wayne. The bill requires the Governor to apply for emergency rental assistance under the federal American Rescue Plan Act of 2021. The bill previously passed but was vetoed by Governor Ricketts. The veto override attempt failed. The vote was 29 in favor of an override and 16 opposed.

Senator Steve Erdman has been a staunch supporter of tax reform during his time in office. Erdman wants a complete overhaul of the state tax code and his LR264CA would have placed a measure on the November ballot for state adoption of a consumption tax. Voters won’t have the opportunity to make that decision however as the legislature failed to advance the bill. The General File vote was 19 yes, 14 no, and 13 “present not voting” and three “excused”.

The full day of debate closed with Senator Steve Lathrop’s LB920. LB920 is a criminal justice reform package that has been heavily debated. Senator Suzanne Geist has led opponents in the debate and offered her own amendment as an answer to differences between the two sides. Debate on LB920 began early in the evening and took up the rest of the agenda for the day. Senators will resume debate this morning on LB920.

Also expected during today’s debate is the Human Life Protection Act sponsored by Senator Joni Albrecht. Albrecht won a critical pull motion last week to bring the bill to General File from the Judiciary Committee. The pro-life bill will have to overcome a filibuster attempt in order to advance.

Follow NSN for in-depth coverage on the final days of the 2022 Unicameral session. -30-