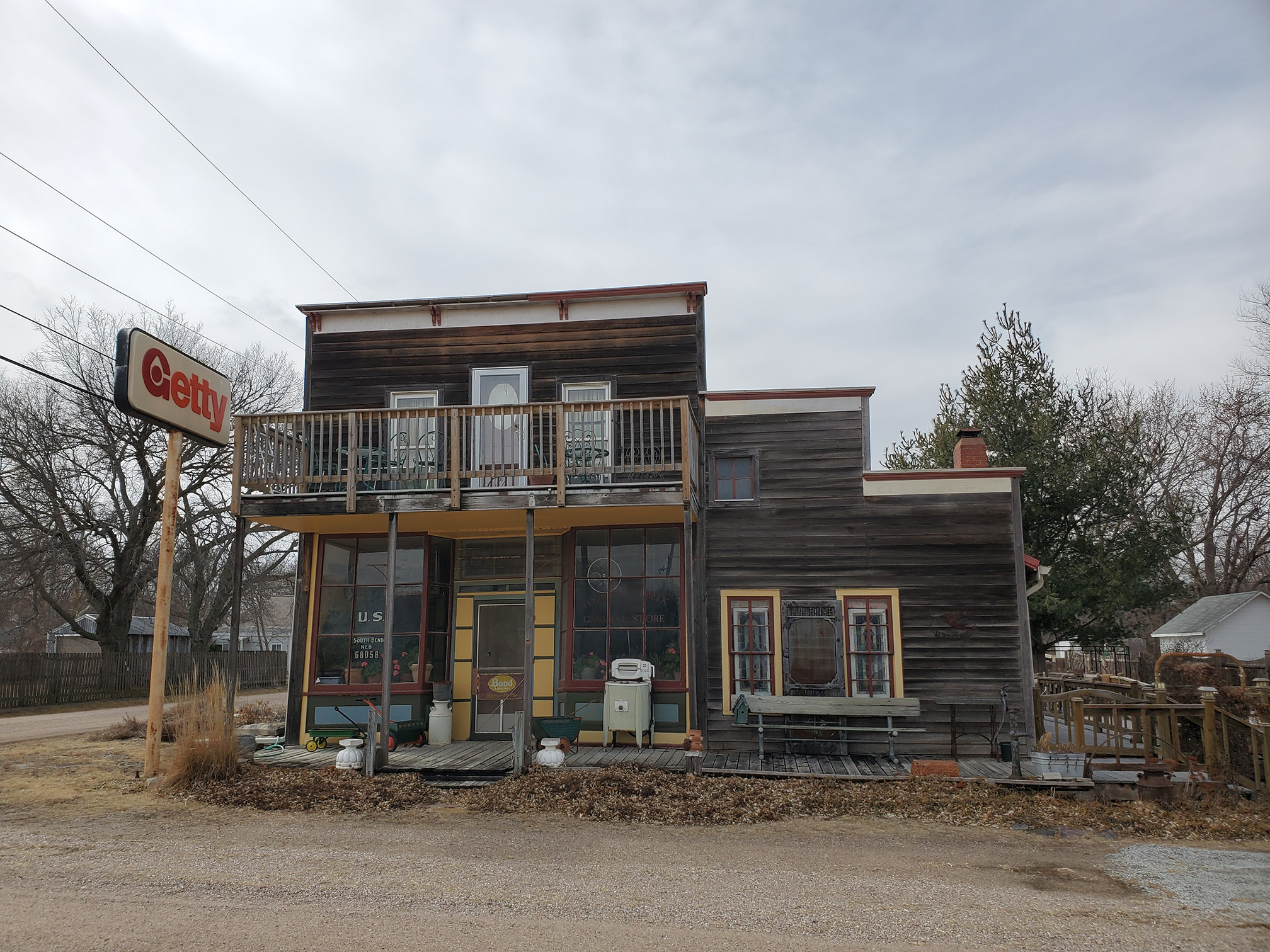 The owner of the historic South Bend General Store, Samantha Hoffman, will soon be putting it up for sale. The sale will occur estate style and is planned for April 22nd through the 23rd.

More artifact than a building, the South Bend General Store was built in 1872 adjacent to what was then the new railroad. After the rail line closed the population dropped, but the store has remained one of Nebraska’s longest active retail stores. It was run continuously from 1872 to 1993 by the Rosencrans family.

Walking in, the feeling of magic from days long gone pervades the senses as ghosts walk the store. To the left of the register sits young girls and boys enjoying time away from their parents, talking and laughing. Next to the shelves in back, an older clerk drinks a beer and explains the history of the town to a customer. Kids run in to grab the family groceries and a piece of candy for themselves. Just standing there the historic general store generates all these visions. It takes one’s breath away.

The building remains much the same as it was in 1872, though several improvements and additions have been made over the years. The Rosencrans extended the store further back and added a Getty gas pump. Hoffman built a new metal roof and opened and improved the kitchen and bathroom.

With owning the store comes a lot of responsibilities. As the building was built in 1872, just maintaining and improving the store is a formidable task. Repairing a building of that age also requires a certain depth of understanding and ability.

“It takes a certain type of carpenter, one with skills in carpentry and that can think outside the box because nothing in this building is square,” explained Hoffman.

The complexities of repair have increased in part because the materials that were used to construct this-now–monument are impossible to duplicate. Hoffman explained that the 1800’s two-by-fours are harder than today's, requiring stronger tools. Further, the building used square nails and plaster walls. All these classic materials make today's contractors puzzle-solvers as well as builders.

Luckily the town expedites any permits needed to keep up the old building.

When Hoffman first moved from Omaha to the general store, the town had mixed reactions. Many were welcoming, though some stayed wary of the newcomer. As time passed and she showed interest in the repair of the old building, she gradually became one of the locals.

When she reopened the store, old customers came from around the area to visit and share their memories. One such story was of the old owner of the building, Bill, who loved ice fishing. The general store was only heated with a wood-burning stove. When leaving for an ice fishing trip, Bill’s wife told him if they didn’t get a better stove she wouldn’t be there when he returned. The building is now equipped with central heating.

Many other locals have dropped by with anecdotes. Hoffman told a story of when one day a little old lady and her family dropped in. The lady, around 90-years old, had lived on the edge of town and always shopped at that store. She explained she was the one in her family that would grab all the groceries because she was the fastest. Much to Hoffman’s sadness, as time has gone by, fewer and fewer folks have remained to retell their stories.

Though up for sale, the building retains its character. Hoffman hopes that the next owner or owners will continue her mission of restoring the building, and potentially registering it as a historic place. This has yet to be done because of the time spent wading through “red tape”. The new owner will start a new story, yet the magic will not fade. -30-