The Reckoning of the Soul 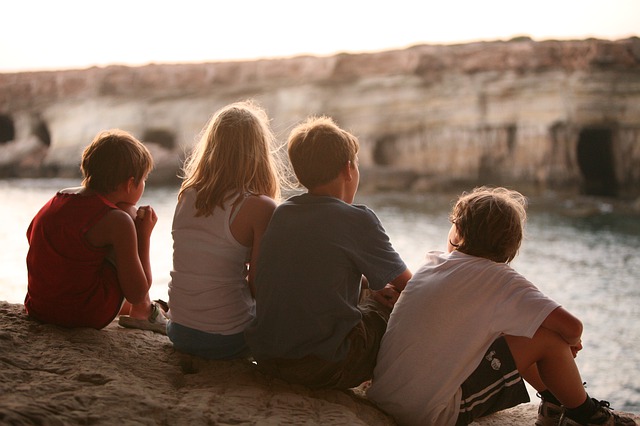 Image by florentiabuckingham from Pixabay

The most touching moments of realization are the ones found in love. Connectivity with another in these moments carries through to our last breath at the moment of death. It's the connection we all want most. In 1999, I was on a telephone call with Pulitzer Prize-winning author John Mack. At that time, he was working at Harvard and asked to speak to me about my childhood. Walter Bowart, the author of OPERATION MIND CONTROL, arranged the call, and I gladly agreed. Before I knew it, I was on a conference call with two historical figures discussing children. The tone was of a profoundly deep feeling of responsibility in discussing the spiritual ecology of family, God, and the soul.

While the call was underway, I knew it was a moment in history. When all of us discovered we all were adopted, you could have heard a pin drop. That day we realized we all had a role to play in the education of future generations on the effects of child trafficking and abuse. We all had a deep understanding of family dynamics. All of us were aware of our contributions to the study, and we knew its victims should be warranted as much attention as a televised war. It's the most painful of subjects to address head-on, as I've witnessed countless times. It's met with abject silence in response—a reaction I've seen more times than I care to remember. In today's corporate-owned weaponized media, we see the complete and total lack of coverage of our collective and most treasured asset. Our human offspring. Our biological and spiritual connections have a hermetic effect on our souls and, when wounded, are the primal wound of humanity and psychic separation.

In 2022, we are just beginning to awaken to the most forgotten and biggest crime of human history. While the modern cultured citizen is clicking away on keyboards and phones in perpetual response to digital misdirection, few realize that our most important and treasured asset is our children, who are now actively abused in public. While citizens stand back and witness it into normalization, we have yet to begin to talk about what we all have done, nothing. Luckily, there are people in the world now taking to the streets in protest, and more attention is slowly being focused on the elephant in the room. Millions of missing children and the sexual abuse and torture of them worldwide for-profit and political blackmail rest on the periphery and are ignored by the general public.

Thankfully there are glimpses of hope for the future as filmmakers such as Sean Stone address government-sanctioned child abuse and Satanism in his recent documentary entitled "Best Kept Secret." Consequently, such figures as General Michael Flynn recently recommended it and said, "yes, people in our govt and others worldwide are involved with this, the most heinous of crimes.."

There are now active conversations underway at the United Nations to address a solution to this problem. While much of the public is still learning of this, others are taking a more active social stance to address the issues proactively by putting the subject right before the highest powers in the world. The "International Age of Consent" campaign was created by model and activist Kira Diktakr. A former gymnast model and mother who has appeared on the covers of L'Officiel and Marie Claire and editorials in Harper's Bazaar and Vogue. Her top priority now is to raise the age of consent for legal sexual contact, which would allow countries collectively to work with Interpol and governments to circumvent some of the psychological damage inflicted upon our young. The higher the agent of consent, the less psychological damage incurred. This strategy would be a  practical solution for law enforcement to deal with some of the International issues associated with countries having a higher age of consent. In contrast, others have substantially lower ages of consent, which complicates international matters in court proceedings.

Child trafficking, Drag Queen storytime, masking children, and the psychological assault on our children in our educational system are the most dangerous crimes. It ensures the destruction of culture and permanent damage to the foundation of a country itself—the family. -30-