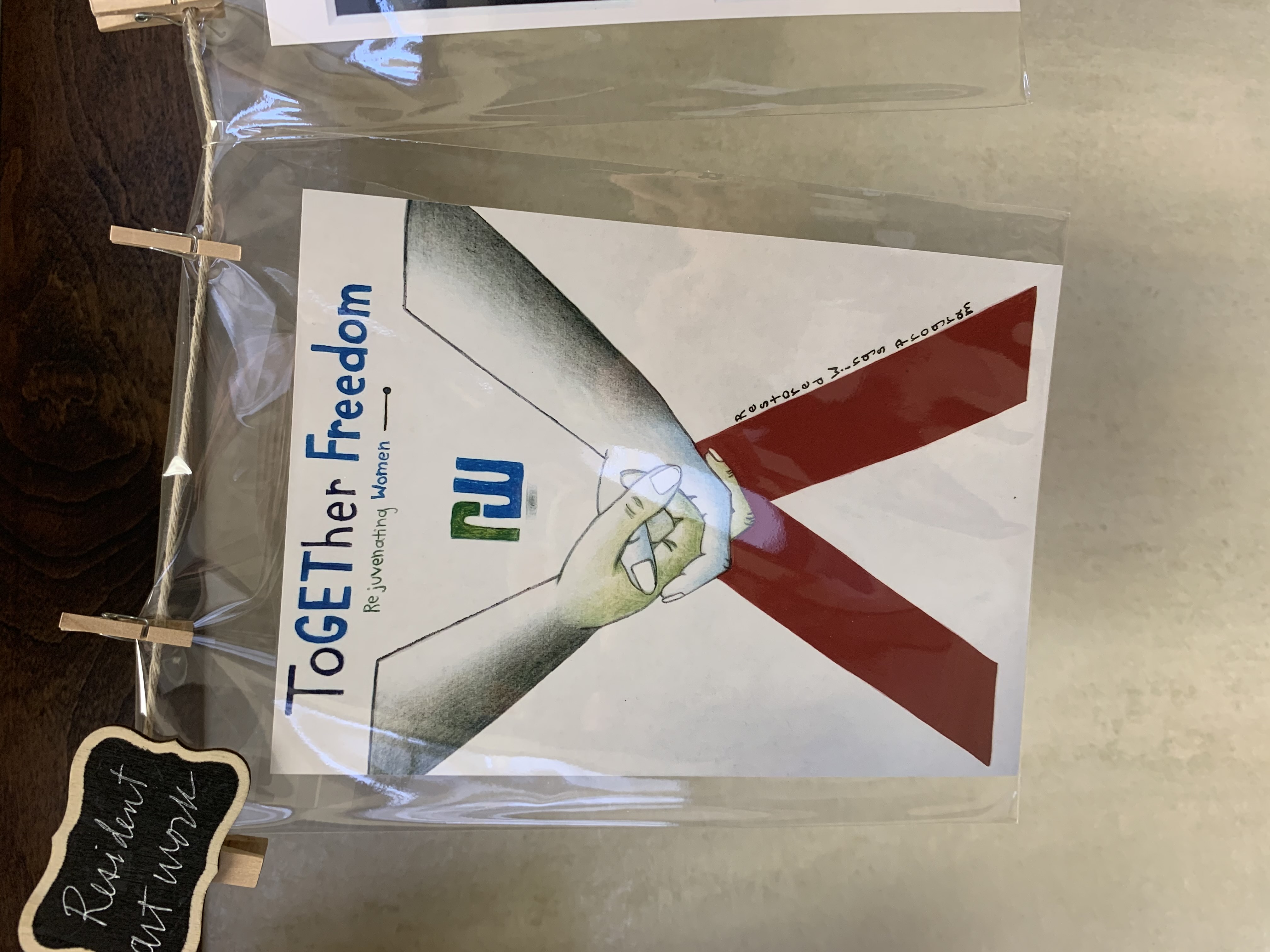 Final piece in a five-part series on the undisguised realities of human trafficking.

Once human trafficking survivors are rescued or reach out for help, non-profits and organizations like the Nebraska Coalition to End Sexual and Domestic Violence work to help them rebuild their lives through support systems and other services.

Hope, who has asked to have her name changed to protect her identity, said she now suffers severe Post Traumatic Stress Disorder, depression and anxiety as a result of her experience.

Hope explained with deep emotion that even years later her abuse-driven lack of short-term memory is taking a toll on her. She suffers flashbacks and can lose time throughout the day. Unfortunately, it has been difficult for her to hold a steady job due to her distrust of strangers, especially men.  Drugs were used to control her. She nearly overdosed on Fentanyl given by her abuser.

“My biggest fear was that I was going to die, and my kids would have thought it was because I overdosed on drugs.” Her raw emotion evident, she worried the forced drug use would be attributed to her as voluntary.

She has yet to reach out for help due to her distrust of law enforcement and what she believes to be corrupted systems.  After encouragement from loved ones, however, she is willing to take the first steps.

Successful treatment of a victim requires access to healthcare, housing, substance abuse recovery programs, therapy, and the education needed to help them build a new life for themselves.

Those who have been sexually exploited are frequently physically abused by their trafficker. They may be beaten and subjected to other forms of abuse over the duration of their ordeal. Sexually transmitted diseases are a constant risk and improper medical care allows these conditions to worsen into permanently debilitating disabilities.

“Because traffickers dehumanize and objectify their victims, victims’ innate sense of power, visibility, and dignity often become obscured,” according to the US State Department.”

Victims sometimes don’t identify with that characterization. They can feel in control despite the power dynamics involved.

These forms of abuse affect every aspect of an individual’s life. According to the federal Office of Victims of Crime, trafficking survivors often fear being alone, they exhibit distrust, fear of strangers, recurrent or intrusive memories of abuse, leading to memory loss, panic attacks, feeling of inferiority and severe sleep disturbances.

A major element of recovery comes through therapy, as the survivor must learn to navigate the raw emotions they face. Rejuvenating Women provides in-depth trauma counseling within their package of services through the Salvation Army’s Wellspring program. These services are available free of charge to those who have been sexually abused.

Assistance doesn’t end there. Housing is provided under a short-term program for up to 90 days, including ongoing case management and trauma therapy.

All these interventions lead into four distinct phases for long-term success. The Intensive Trauma Recovery Program, the Internship Program, the Transitional Program, and lastly the Independent Living Program.

Each phase completed is cause for celebration. Snow pointed out that those who were trafficked as a child never had the opportunity to learn these skills.

When asked to describe the biggest obstacle for victims, Snow said the eight-to-nine-month mark is crucial. The survivor has been sober for a while and frequently wrestling with night terrors and other impacts of their trauma.

Jennifer Snow, the Operations Director for Rejuvenating Women in Omaha, Nebraska said night terrors for survivors can at times feel so real they can physically feel the pain as they are reliving being raped or exploited.

“That's why we kind of break down the graduations to every six months and celebrate a lot of small milestones, every month that they've got another month sober or no self-harm we are celebrating and making a huge deal out of it. When they cook a meal for the first time, staff will choke it down if it doesn't taste good, just to keep showing support and showing them that they weren't put on this earth to be treated the horrible ways they were.”

RW works with other organizations throughout the country, such as other safe homes, local FBI, Homeland Security, and Operation Underground Railroad. “Depending on a victim’s situation it may be safer to have her placed outside of Nebraska,” Snow said. “This is because the trafficker is likely not going to follow them across state lines.”

Rejuvenating Women isn’t alone in its outreach efforts. The Nebraska Coalition to End Sexual and Domestic Abuse works hard to enhance safety and justice for victims of domestic violence, sexual assault, and human trafficking by supporting and building upon the services provided by a network of local programs.

This includes securing medical doctors, psychologists, therapists, social workers, advocates and volunteers who work to guide these women on their journey.

Traffickers often prey on a vulnerability such as homelessness. It's a tremendous upheaval for a survivor when they are faced with the uncertainty of finding a safe and affordable place to live once they are out of immediate danger.

Madeliene Walker, the Human Trafficking Program Coordinator for the Nebraska Coalition to End Sexual and Domestic Abuse, said “We also work with survivors who have left their situation and may go back. Sometimes that happens. Sometimes survivors can have emotional attachments with their abusive partner or with their trafficker at some level. It can be emotionally challenging. I think it's important that when we're talking about this subject, we recognize that going back to an abusive partner or going back after being with a trafficker is not a failure. It's not a failure of the advocate. It's not a failure of a survivor. It's just part of the recovery process.”

Walker explained healing from any kind of trauma including human trafficking is a process, not an event.

A list of the programs within the Nebraska Coalition to End Sexual and Domestic Violence is available on https://www.nebraskacoalition.org/get_help/.

Never underestimate the difference you can make in someone’s life through one small act of kindness. -30-