Who Are Human Traffickers? 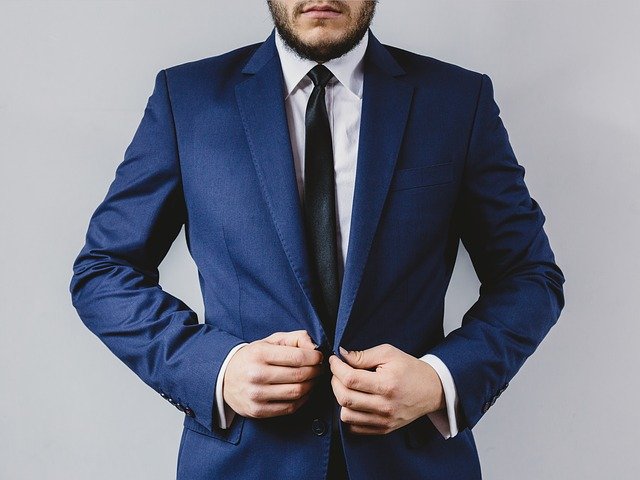 Traffickers lurk among us.

Part four in a five-part series on the undisguised realities of human trafficking.

What comes to mind when you think about human trafficking and traffickers? More specifically, does it evoke certain physical attributes or behaviors? Human trafficking awareness continues to grow as education, stricter laws and prosecutions increase.

The case of Jeffrey Epstein highlights the fact that traffickers come from all walks of life. A millionaire known for his relationships with the rich and famous, he was accused of sex trafficking. He died on August 10, 2019, while in jail, waiting to go to trial. Epstein had money, influence, power, and some say good looks. If you had met him, do you think you would have suspected him of sex trafficking? Would his behaviors have made you suspicious?

Ghislaine Maxwell, Epstein’s longtime associate and once girlfriend, was found guilty of five counts related to conspiracy and sex trafficking of underage girls. Prosecutors alleged she recruited and groomed minor girls to engage in sex acts. She is currently awaiting sentencing.

According to the Department of Justice, the Douglas County Sheriff’s Office conducted an undercover operation in November 2020. A deputy posted an advertisement on a website known to be used for prostitution. Hammaduzzaman Syed of Omaha allegedly responded via text and communicated with an undercover deputy who informed Syed that they were a 15-year-old female. Officers said Syed agreed to pay $100 for 30 minutes of sex with the minor. Syed then allegedly went to the agreed-upon location with condoms and $100.

What did Epstein, Maxwell and Syed have in common that would have indicated they were involved in sex trafficking? According to Nebraska’s Human Trafficking Task Force, there is no one physical characteristic of a trafficker. These criminals are male or female, and they may be friendly, well-groomed and in their 20s or 70s. One thing traffickers do have in common is the skill to manipulate the vulnerable. Traffickers find or create a vulnerability in a victim and then exploit it for their purposes. This power disparity, not gender or age, is the key.

Supervisory Special Agent John Hallock heads the FBI Child Exploitation and Human Trafficking Unit in Omaha. "Human trafficking shows no preference. It doesn't matter what socio-economic class you come from, and it can happen to anybody." He explained that the most vulnerable to trafficking are juveniles with a broken family or home life or who have incarcerated or drug-addicted parents. Children who have been in the social services system are also vulnerable. "Unfortunately, these are the most vulnerable because people are always looking for some type of love, compassion, or acceptance. Predators in the trafficking world look for these vulnerabilities because these are the people they can hook."

Hallock said the public might incorrectly believe victims are often snatched from parking lots. While it happens, it is not common. The majority of victims are part of a grooming process. A predator may start having conversations, usually through social media or electronic communication, and then begin offering things such as clothing, gifts, food or money. The victim believes this person cares for them and loves them. Eventually, they get involved in performing commercial sex acts for the purpose of making money for the predator.

Hallock emphasized it's important for parents to pay attention to what is going on with their children. "Most parents are paying the cell phone bills for their children, and they have every right to look at those phones and see what their children are doing and who they are calling." He pointed out that parents should also pay attention to their children's lifestyles. Are there changes in behavior, usually for the worse? A drop in grades? Are they improperly sleeping or eating? Running with a different crowd? Are they using narcotics? These types of changes or behaviors may indicate that a human trafficker is grooming them.

Where do traffickers come from? According to Hallock, the majority of juvenile trafficking is local because the trafficker is often someone they know and have had a relationship with for some time. He said the opposite is true with adult human trafficking. Traffickers focusing on adults can run their operations from another city. Much of adult trafficking occurs by traffickers posting ads for commercial sex acts available in hotels. The traffickers and victims are usually not local people, and victims are often used for several weeks before being rotated to another city to evade law enforcement.

Hallock noted that areas with vast transportation outlets, such as Omaha and Council Bluffs, are significantly impacted by human trafficking. The abundance of truck stops, hotels, and highways provide an easy breeding ground.

The FBI and the Nebraska Human Trafficking Task Force are dedicating more resources to the illegal massage business. Hallock stated women are brought into this country and forced to perform commercial sex acts to make money. This activity has occurred in Omaha as well as rural parts of Nebraska. Many of the trafficking operations in Omaha are tied to larger organizations located outside of Nebraska. Hallock reported the FBI and Task Force are looking at sex trafficking, labor trafficking and money laundering violations. These cases will be aggressively investigated to shut down the operations and prosecute traffickers. He reported that his team receives a lot of complaints from the community about these types of businesses.

Victims are often subjects of trafficking for several years, and chronic victimization is a tragic aspect of human trafficking. According to Hallock, fear of reporting and getting out of the lifestyle are two of the biggest challenges for victims of human trafficking. Victims are often afraid to come forward to law enforcement. People may wonder why a victim would choose to go back to that lifestyle? “You have to put yourself in those shoes. That’s the only life they know, the only lifestyle that has provided for them. Especially in sex trafficking, victims may feel a sense of love and security. They may be receiving money and necessities from the predator.” When law enforcement shuts an operation down, they may ask a victim to act as a witness against the predator, which is very challenging in human trafficking.

A big part of the Task Force is outreach and training. They have provided training for the hotel and transportation industries and public schools, and other private industries upon request. Most complaints come from the public, and he encourages people to call when they see something suspicious. “When a complaint is received, it is never turned down. We are going to take a look at everything.” -30-